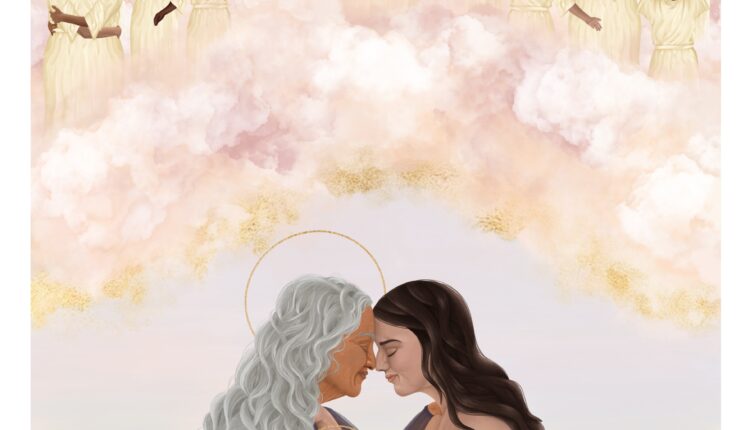 To some, she is God’s consort; to others, she is “Heavenly Mother,” the hidden partner to God the Father who has been unjustly sequestered throughout the 192-year-old history of the Church of Jesus Christ of Latter-day Saints.

Those days may be over, thanks to a fast-growing movement acknowledging the presence of this divine feminine figure. Mormons believe that God is a flesh-and-blood man, that he has a wife, and that their marriage is an example to all Mormons.

“The Gift of Our Mothers,” by Fort Worth artist Natalie Nazer Crosby, shows God the Mother embracing a naked Eve who is eating a fruit from the tree of the knowledge of good and evil. Above, God the Father and Jesus are surrounded by a sea of ​​believers.
Natalie Nazer Crosby

The conversation is now reaching a critical mass, with a stream of books, social media postings, and an upcoming summit: “Let’s Talk About Heavenly Mother,” an event at 6 pm Mountain Time on June 25 at the Provo (Utah) City Library Ballroom . Several hundred people have registered to attend in person.

The event will include an art show, music performance and a “fireside” talk – the Mormon term for a one- or two-hour presentation on some aspect of the faith. It will also be streamed live on the summit’s YouTube channel.

Organizer Danielle Calder, a 29-year-old therapist from Carlsbad, California, says the high interest in the topic – despite mixed messages about it from church leaders – is evidence of a pent-up desire to engage with a female aspect of God.

“This speaks towards how strongly members of the church want to have these types of conversations, especially millennial women,” she says. “Many of [them] have served missions and were married in the temple, [but] seem to be leaving the church in droves in part because they do not feel truly seen or included as equals in the church.”

As the home of the church-affiliated Brigham Young University, Provo is at the apex of Mormon culture. Ninety percent of the city’s population belongs to the church. Calder tried to get local Latter-day Saints congregations to agree to host the event in March. When none would, she booked the library for June, raising the needed $2,000 in room rental costs within 75 minutes from some of the 14,000 followers on her our motherinheaven Instagram account. 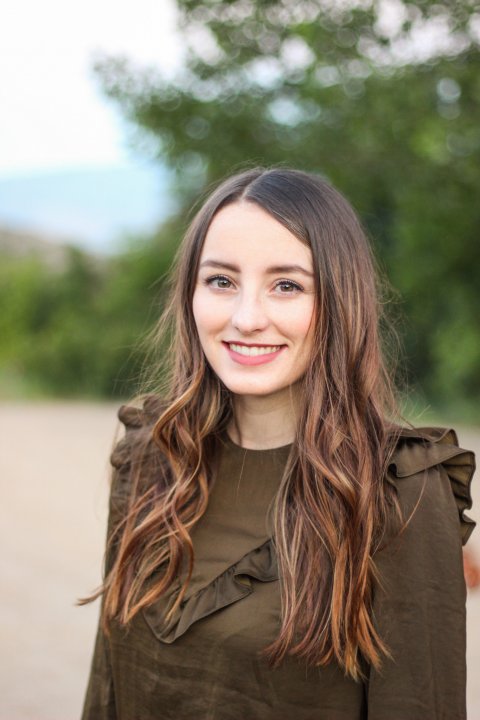 California therapist Danielle Calder is the organizer of a “Let’s Talk About Heavenly Mother” event on June 25 at the Provo (Utah) City Library Ballroom.
Danielle Calder

“In many ways,” she says, “this event feels like a Hail Mary on my part to see if there is a way to have a non-problematic church meeting where people feel safe and included.”

In the past decade, there has been a cascade of books, speeches, social media postings, blogs, academic papers and art exhibits from individuals as well as church sources about God’s consort. In 2015, the church released a statement disclosing how 19th century founder Joseph Smith had talked about a Heavenly Mother to close associates and that, in his visions, he’d seen “the divine Mother, side by side with the divine Father.” However, believers were to pray only to God the Father because that’s how Jesus prayed.

That admission apparently opened the floodgates. In 2016, children’s book authors Bethany Brady Spalding and McArthur Krishna published “Our Heavenly Family, Our Earthly Families,” a hardcover that gave a prominent place to a female God.

In March, The Exponent, a feminist Mormon blog, put out an open call for narratives about Heavenly Mother and has been running them ever since. It also posted a sassy March 9 Twitter post from Steenblik: “Happy International Women’s Day,” it said. “Don’t talk about Heavenly Mother! Signed – The Church.”

Women “have felt starved for the divine feminine for a long time,” explains Mormon feminist theologian Maxine Hanks. As very little in the church’s public worship refers to her, they have increasingly resorted to exploring the topic in private studies, scholarly work and online in Facebook groups and on Instagram.

Apparently alarmed by the upsurge, a member of the Quorum of the 12, the church’s main governing body, sought to dampen excesses in the movement at the church’s General Conference on April 2 in Salt Lake City.

Speaking to an all-female audience, Apostle Dale Renlund praised his listeners for “seeking understanding” on the topic, but condemned too much “speculation” beyond what the church has already revealed. Going beyond those bounds “can lead to deception or divert our focus from what has been revealed.” 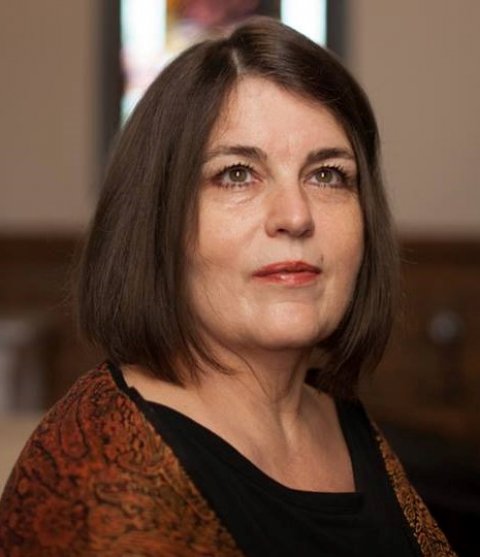 Referring to Jesus’ instructions to pray to God the Father in his name, Renlund instructed listeners to “follow this pattern and direct our worship to our Heavenly Father in the name of Jesus Christ, and do not pray to Heavenly Mother.”

Renlund’s message was one of the few times an apostle had verbally addressed Heavenly Mother and there has been little official guidance about her attributes. Mormons well remember how, in 1991, Church President Gordon Hinckley flatly forbade intercession toward the female divine, stating, “I regard it as inappropriate for anyone in the Church to pray to our Mother in Heaven.”

Compared to that, Renlund’s speech was quite positive, said Patrick Mason, chair of Mormon history and culture at Utah State University, in that the apostle affirmed women’s desires to relate to a female God.

The speech still prohibited actually praying toward God the Mother, he admits, so “it was a bit of a mixed message, but it’s important to acknowledge it was a step forward.”

“This is not a new doctrine – it goes all the way back to the 1840s,” he said. “Mormonism has always challenged traditional notions of the Trinity. Adding the divine feminine isn’t going to change that.”

Just how a female deity fits into Mormon conceptions of God is “an undeveloped doctrine,” he adds. “Heavenly Mother is showing up in lots of places. I don’t think this is a genie that can be stuffed back into the bottle.”

Calder’s Instagram account, with his pastiche of videos, sayings and artwork about all manner of female deities illustrates the options out there.

One painting, “The Gift of Our Mothers,” by Fort Worth artist Natalie Nazer Crosby, shows a woman with long, wavy, gray hair embracing a naked Eve while above, God the Father and Jesus stand together surrounded by a sea of ​​white- robed believers. Instead of holding the forbidden apple, Eve has plucked a fig from the tree of the knowledge of good and evil in the garden of Eden with the encouragement of God the Mother. (Traditional Christian theology condemns the eating of forbidden fruit; Latter-day Saints believe that partaking of the fruit and the subsequent fall of humanity from the Garden of Eden was encouraged by God).

Church leaders were talking about God being married, having a wife and begetting offspring as far back as 1844, Brigham Young University scholar David Paulsen and his student, Martin Pulido, said in a 2012 paper, “A Mother There: A Survey of Historical Teachings about Mother in Heaven.”

One major source of early Mormon thought is an 1845 hymn, “Oh My Father,” by Eliza Snow, one of the numerous wives of Joseph Smith, the founder of the church. The hymn is evidence that he revealed the existence of a Mother in Heaven to his closest acquaintances, Paulsen and Pulido wrote.

“In the heav’ns are parents single?” she wrote a few months after her first husband’s death. “No, the thought makes reason stare! Truth is reason; truth eternal, tells me I’ve a mother there. When I leave this frail existence,

When I lay this mortal by; Father, Mother, may I meet you in your royal courts on high?”

“She’s been lurking in Mormon theology and history as the silent god who is there from the beginning,” says Hanks. “She was present at the origins of Mormonism but not as actively engaged by leaders and members as the male Father and Son Jesus Christ due to the male-centric norms of the 1820s and ’30s.”

She believes the religion doesn’t get the credit it deserves for being gender-inclusive and feminist at its core.

“Joseph Smith was brave to weave incongruous spiritual traditions together,” she says. “He was shattering norms with new visions, revelations and scriptures. Instead of reiterating traditional Christianity, he was exploring mystic, esoteric and apocryphal Christian elements such as the divine feminine and female priesthood. His theology was feminist in crucial ways, ahead of his time .”

However, Hanks 1992 book, “Women and Authority: Re-Emerging Mormon Feminism,” got her excommunicated from the church from 1993-2012. That punishment, along with that of several other Mormon activists in the 1990s, has caused women to think twice about being public about a female God, says Barbara Jones Brown, former executive director of the Mormon History Association, now director of the Salt Lake City based Signature Books.

“It is definitely part of church doctrine, but church leaders don’t want them to pray to Heavenly Mother rather than Heavenly Father,” she says. Asked whether current attitudes will change, “I would hope so.”

Calder says it’s going to take some pushing the envelope in gatherings such as hers to change minds at the church’s highest levels.