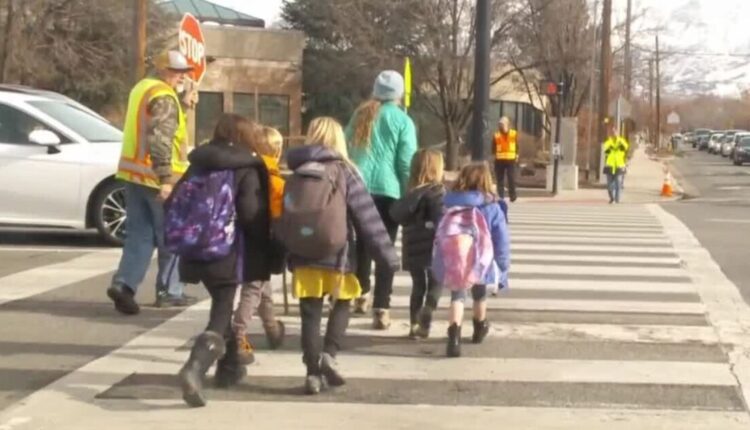 Neighbors, advocates frustrated after kids hit by truck in crosswalk in SLC

SALT LAKE CITY — Two children were injured Friday morning when a truck hit them while they were crossing the street in a crosswalk with a crossing guard.

Officials said the crash happened at 7:25 am in the area of ​​1700 South 700 East, which is just down the street from Hawthorne Elementary School.

A driver reported that two children were hit in the area and the fire department responded, rendering aid for non-life-threatening injuries.

“A couple of kids who were doing everything right. They were at an intersection, there was a crosswalk, they were walking with a crossing guard,” said Yandary Chatwin with the Salt Lake City School District.

The two children were taken to the hospital but are expected to recover.

Police reported that the children were crossing 1700 South in the crosswalk with crossing guards when the driver of the truck hit them.

The driver was initially traveling eastbound on 1700 South and was turning northbound onto 700 East when the crash happened.

Officials report the driver is fully cooperating with the investigation into the crash.

What happened to these kids highlights a bigger problem at that intersection.

“It’s really dangerous. There’s a lot of crashes all the time,” said Michaela Riding, who has lived across the intersection for about two years and said she has watched tragedies unfold. “It has definitely caused us some heartache and pain as we’ve watched some people die or at least heard of it and see lights all the time, all times of the day.”

Neighbors in the area say they are concerned about safety at the intersection of 17th South and 7th East, but they are working with elected officials and authorities to make this area safer — not only for them and their families, but for kids at Hawthorne Elementary.

“I’ve written a letter to the city, but they said it’s not their responsibility because it’s managed by the state, so I’m still figuring out who to reach out to about that,” explained Riding.

Anderson said he has made it his mission to make walking around Salt Lake City safer.

“We want to see meaningful changes, especially near schools,” he said. “We’re talking about our most vulnerable population in the city — kids doing everything we tell them they should be doing, and they still get hit by a car. It’s long past time for the city to make changes.”

Anderson lives in the area as well and hopes to see improvements, such as more enforcement or changes to street designs so cars actually stop at crosswalks.

“The neighborhood wants safe streets, and I think that’s the case for neighborhoods across Salt Lake City,” he said. “Nobody wants their kids to be hit when they’re just walking to school.”