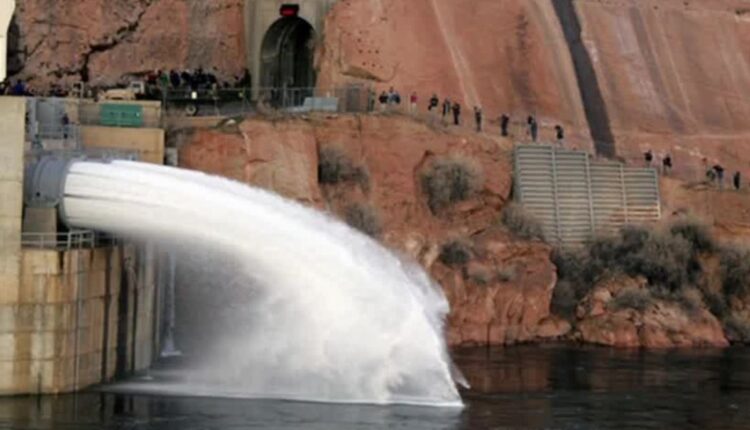 LAKE POWELL, Utah – Lake Powell water levels continue to drop, and a new report from the Bureau of Reclamation predicts the possibility that America’s second largest dam could be too low to produce electricity by July 2022.

The Glen Canyon Dam can generate 5 billion kilowatt hours per year at full capacity, enough to power about 470,000 average American households. But when it drops below 3,490 feet, that generation disappears.

The projections show a 25 to 35 percent probability, but the reservoir has a 90 percent chance of dropping below what the bureau likes to believe is safe. They mark that at 3,525 feet.

Lake Powell was at 3,546 feet above sea level on September 23. In July, the Bureau began dumping water upriver from large reservoirs, including Flaming Gorge and Navajo, to slow down losses in Powell.

The new long-term projections do not show that the lake sinks below what is known as the “Dead Storage Pool” or simply “Dead Pool” which is 3,370 feet. At this point the mechanisms for controlling the course of the stream are no longer effective, which means that the reservoir is fulfilling its purpose of storing and distributing water.