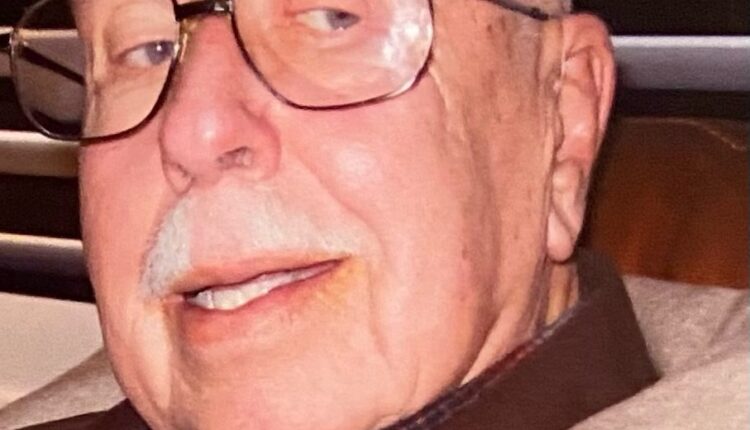 Burke Jones Findlay, age 86, passed away peacefully on Aug. 4, 2022, at the Southern Utah Veterans Home in Ivins with family by his side.

He was born (as we have been told) somewhere between Randolph, Utah, and Ogden, Utah, on Oct. 7, 1935, to Sydney Arthur Findlay and Phebe Jane Jones Findlay.

BJ, as he was known to many, had lots of very close friends who remained close until his death. These friends included his many motorcycle buddies, morning coffee gangs, those in Page, Arizona, and his very close kind neighbors from Creekside Townhomes in Kanab where he last resided. It was amazing to all his friends that BJ had such an uncanny memory and could remember in detail events, places, and people, starting in early childhood and continuing through his 86 years of an amazingly interesting life.

All his friends knew when he started a sentence with “to make a long story short” which happened a lot, they were about to hear one of his colorful stories that they had likely heard before.

BJ spent his early years on the family ranch in Randolph, Utah. His family then moved to Ogden, Utah, where he attended Ogden High school before joining the army at age 17. He later graduated from Weber State University with a BS degree in Business Administration. After joining the Army, he was sent to active duty during the Korean war where he was wounded and received the Purple Heart. In addition, he was awarded other medals and commendations. He was released from active military service and transferred to the Army Reserve retiring in 1975 as a lieutenant colonel. During the Vietnam War, BJ served as a Defense Attache for the US Embassy and was one of the last State Department officials to flee Vietnam at the fall of Saigon.

After returning from Vietnam, BJ worked for the Department of Interior National Park Service as a Human Resource Manager and retired after 33 years. After retiring in Page, Arizona, in 1990 he certified as a Justice of the Peace through the Arizona Courts Association and held that position in Page for five years.

BJ was preceded in death by his parents, siblings Blair Findlay and Nedra Findlay Winward, as well as his soul-mate Virginia Nichols with whom he spent the last years of his life.

The family will be forever grateful for the wonderful caregivers from Zions Way Home Health in Kanab and The Southern Utah Veterans Home.

He has requested no services or flowers; his family has been instructed to scatter his ashes in one of his favorite places. All his friends and family know how much he loved Christmas. If you desire and would like to remember him, please make donations in his name to one of his favorite charities Toys for Tots.