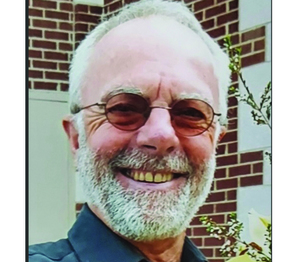 Glenn Holley was born in Vernal, Utah on December 13, 1948 to Lola and Russ Holley. Vernal was the fertile ground where Glenn’s love of the great outdoors began. An Eagle Scout, Glenn spent his childhood with total freedom in the frog ponds and fields.
In 1964, Glenn’s family moved to Salt Lake where he graduated from Skyline High and the U of U, joining the Pi Kappa Alpha Fraternity. His sport was basketball, especially church ball.

After adventures in Alaska he moved to Park City in the 70’s where he lived for the remainder of his life. Glenn was a General Contractor, remodeling homes and building numerous others – including the home where he lived with his wife, Mary, and son, Harrison. Glenn was known as incredibly hard working and “very creative.” His clients and friends often gave him creative authority in their homes. He was also a silent giver—many mornings, his neighbors or friends would wake up to their driveway already plowed.

Glenn will be missed by all and held dearly in our hearts. He is survived by wife, Mary, son, Harrison, sister Cheryl Smith, brother Brent Holley and large community of friends.

A memorial service will be Monday June 27th at 5:00 p.m. in Rotary Park, Park City
There is limited parking. Please ride your bike or park at the resort and walk or Uber.

“In lieu of flowers, please make a donation to Mountain Trails Foundation at https://mountaintrails.org/