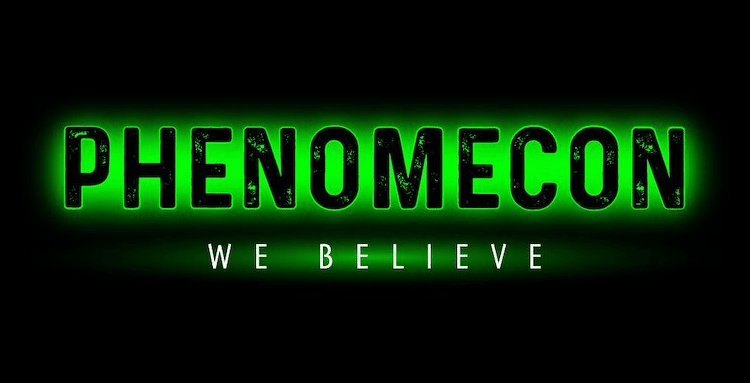 Paranormal Conference in Vernal, Utah Attracts Believers from all over the World

VERNAL – From Sasquatch to giants, UFOs, skin-walkers, ghost hunts and more, the annual PhenomeCon paranormal conference serves up an intriguing slate of topics and adventures.

The event, held in Vernal from Sept. 8 to 11, just celebrated its second year.

An estimated 10,241 people reside in Vernal, which is the largest city in Uintah County. But for those few September days, its numbers swelled significantly.

“We had a little over 1,000 (at the conference), from 38 states and four countries” including Australia, Bridget Lake, Uintah County’s travel and tourism director, said of this year’s gathering. “It was great. They were all so genuine and enthusiastic to be here.”

While the sparsely populated county in northeastern Utah is home to spectacular scenery, lakes and wide open spaces, the environment also captivates the imagination with things beyond the norm.

“We’ve had reports of flying saucers and UFOs clear back to the 1940s,” Lake said. “Crop circles, cattle mutilations ― all of these strange things that have been documented for the last hundred years.”

The conference tagline ― WE BELIEVE ― hints at a collective mindset.

“We believe that there is more out there than you see,” Lake said. “This is a conference for those people who believe in the paranormal, who are seeking truth and looking for that enlightenment.”

If attendance numbers are any indication, there seems to be a growing interest in what can be learned beyond the scope of typical scientific understanding. In 2021, about 550 people attended the first Phenomecon, and this year’s conference came close to twice that size.

The conference benefits from a History Channel series, The Secret of Skinwalker Ranch, which just concluded its third season. The series delves into mysterious animal deaths, gateways to other dimensions and more on the 512-acre ranch near Vernal.

According to Native American folklore, a skinwalker refers to unfavorable witches ― male and female ― who can transform into animals.

This year’s conference featured 28 speakers, including the entire cast of the Skinwalker Ranch series.

Lake described the speakers as being “at the top of their field … they were a great draw,” he said.

Illustration by Chris Bodily from a Utah Stories’ article on Big Foot Sightings.

Jeff Meldrum, an anatomy and anthropology professor at Idaho State University, shared his vast knowledge of Sasquatch and relict hominids in general.

Some believe these ancient forms of humans still exist in isolated areas of the globe, and Meldrum is among them. For decades he has tracked and taught about the giant footprints he believes give credibility to their existence.

Lee Root of Puyallup, WA wrote the following about Meldrum on the PhenomeCon Facebook page: “I’ve seen Dr. Meldrum speak several times. He is a fascinating speaker with a unique perspective.”

Other presenters included Dr. Mireya Mayor, a renowned primatologist and explorer who currently stars in the Travel Channel’s Expedition Bigfootand author April Slaughter, a lead researcher in the field of paranormal activity and Electronic Voice Phenomenon.

There were also several add-on activities: tours of Blindfrog Ranch and the perimeter of Skinwalker Ranch, ghost hunting in downtown Vernal, star gazing at Steinaker State Park, and more.

“The add-ons were a bonus for those who were able to do them,” Lake said.

This year’s conference also hosted a film fest showing Bob Gimlin – The Legend of Bigfoot, Alien Contact in the Rockies, Cypress Paranormal Research (voices from the Vernal Hotel), and A Flash of Beauty: Bigfoot Revealed.

Despite these extensive offerings, Lake said the event is not yet a moneymaker on its own, but the extra foot traffic gives a big boost to the small city.

“Our main goal is to bring people together who are like minded … and also to bring an economic boon to our community,” Lake said. “The restaurants and hotels were full, people were buying gas, they were getting snacks. We had vendors who were buying UFO and alien-related material from the fabric store that they typically wouldn’t have sold.”

Plans are already under way for next year’s conference, scheduled for Sept. 6-9, 2023. Registration goes live Feb. 1 at www.phenomecon.net.

For Lake, the conference highlight has been seeing “people that come as strangers and leave as friends.”

The Monster Rabbits of Washington County

Abortion Bans Skirt a Medical Reality: For Many Teens, Childbirth Is a Dangerous Undertaking