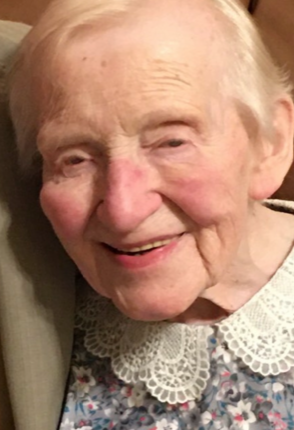 She married Kenneth Yates in 1945 and had three children: Gary, Peggy (Dennis DeVaul), and Jim.

After leaving New York, they lived in California for a year before settling in Logan, Utah and then Ogden, Utah, where they lived for many years.

She lived in St. George, Utah with her daughter Peggy and son-in-law Dennis for the past 4 1/2 years.

Her previous death husband Ken, her son Gary and their three sisters: Bea, Sally and Nanci.

Many thanks to the Encompass Hospice for the care and support.