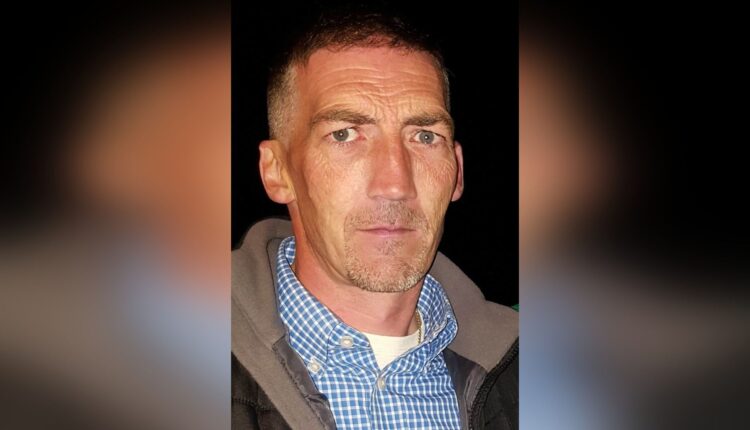 This week the sicko, who was kicked out of the US two years ago, walked free from court despite pleading guilty to abusing two girls, aged seven and eight, just a matter of months before he planted the potentially deadly bomb.

McMenamin had attacked his victims and threatened if they told “bad men” would take away their parents.

A judge told him he could have been looking at a life sentence but because he was only 17 himself when he committed the shocking sex crimes, she had to sentence him as a minor.

But we can reveal Darcy had a notorious reputation for not being the brightest and sources say it was his own stupidity that saw him caught for the police station bomb.

McMenamin was 18-years-old when he helped launch a mortar attack on a vacant police station in the Co Tyrone village, ending the IRA’s annual Christmas truce.

The attack caused minor injuries to two passers-by but we can reveal McMenamin was caught almost red-handed because he hung around to see the bomb go off.

“Dopey Darcy is what everyone called him because he hung around waiting to see the bomb go off properly and to see the damage caused,” said a source.

“He was walking up and down outside the station. It didn’t take the cops much time to catch him. The sex offenses shocked most people but I remember him back then, there was something not right about him for sure.”

We can reveal the pervert Provo had been running a successful business in America and is a son of former Sinn Féin Seskinore councilor Gerry McMenamin, who served on Omagh District Council during the 1980s and who died in 2016.

And it has emerged Darcy got married and had children in the US, though he is now divorced.

McMenamin was released from prison under the terms of the Good Friday Agreement in 1999 and almost immediately went to live in Boston.

He lived there for almost 30 years and may well have still been there had he not been arrested in Boston for leasing a vehicle using fraudulent means and driving with a suspended license.

US police then handed him over to US Immigration and Customs Enforcement (ICE).

McMenamin was arrested in November 2019 by officials from the Boston-based US Immigration and Customs Enforcement agency and held for deportation.

In August 2020 he was flown back to Northern Ireland after losing an appeal against his deportation.

McMenamin entered and departed the US via the visa waiver program multiple times between 2000 and 2007 but failed to disclose this criminal past as required.

The Sunday World understands US officials were not aware of any alleged sex offenses and they played no part in his deportation.

However, within days of arriving he was arrested by the PSNI and brought before the court in Omagh.

This week, the 47-year-old of Glen Road, Drumquin was sentenced having pleaded guilty in September to three indecent assaults on two young girls between 1992 and 1993.

The court heard this week how victim 1 was aged seven when McMenamin asked if she liked games as: “I have a little friend who would like to play.”

He placed the child’s hand on his exposed genitals and said this was their secret and if she told anyone, “Bad men would take her mummy and daddy.”

The child was targeted a second time when McMenamin, “Reminded her of their secret.”

The terrified child fled but McMenamin followed, putting his hand down her leggings and carrying out a sexual act “the sheer force of which lifted her off the ground.”

He placed his hand over the child’s mouth and warned she would be taken away if she told.

Victim 2 was aged eight when she was playing hide-and-seek with friends and found herself alone with McMenamin in a shed, where he caused her to carry out oral sex on him.

Pre-sentence reports were ordered in which he stated: “There’s not a day goes by that I don’t think about it and feel sick.”

Judge Brian Sherrard told McMenamin: “If carried out today one of these offenses would be rape, potentially carrying life-imprisonment. I bear in mind the extreme vulnerability of the victims and the very significant age gaps. You violated their safety. They still feel the impact to this very day… Both continue to suffer from intrusive thoughts… All of this is left at your door.”

He concluded: “If you were being dealt with as an adult you would invariably have been sentenced to a lengthy custodial term. The fact is you were a minor at the time and must be treated as such today.”

McMenamin was handed a three-year Probation Order and will remain of the Sex Offender Register for five years.