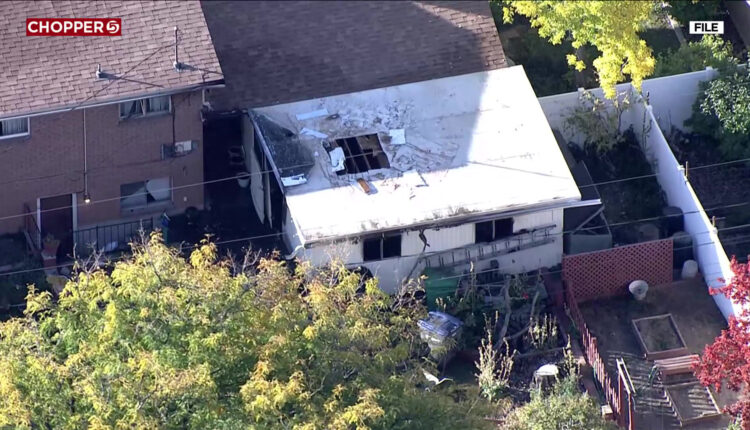 PROVO, Utah — An old propane heater, with loose fittings ultimately lead to a deadly explosion in Provo, according to Capt. Jeanie Atherton, Provo Fire and Rescue.

“He was going out to winterize his shed and I believe he had turned it on because it was chilly that morning and wanted to generate some heat,” said Capt. Atherton.

The massive explosion occurred on the morning of October 21, 2022 killing a longtime Provo resident.

“There had been quite a bit of propane that had built up in that space, so when there was a spark and an ignition source it ignited simultaneously causing the explosion and burns on the victim,” said Capt. Atherton.

What happened in the work-shed of the home near 1600 West and 1050 North in Provo is something Captain Jeanie Atherton worries more and more about as our weather turns cold.

“We’re absolutely getting into that season where people are going to start looking for ways to heat spaces,” said Capt. Atherton.

In light of what happened, Captain Atherton is warning Utahns about the use of portable heaters.

“So the big thing with propane heater and any heater that runs on any time of fuel – those are never intended to be used inside an in closed area,” said Capt. Atherton.

If using a fuel powered heater and you suspect a gas leak Capt. Atherton says to ventilate the area quickly.

“When you have that combustion process you build up a lot of carbon monoxide and that’s toxic, can cause you some very severe illness and could actually lead to death,” said Capt. Atherton.

For those who use portable electric space heaters do not use extension cords.

“As it tries to pull more [amperage] the cord isn’t sufficient to support that so that will cause the cord to heat up and start a fire,” said Capt. Atherton. “Especially if there is something flammable on top of that cord like a blanket, it will cause that to heat up and actually ignite the material.”

Captain Atherton says 911 calls ramp up this time of year as people try to creatively generate heat in their homes. She’s asking all Utahns to use caution and think twice before putting themselves or their family at risk.

“Sometimes people don’t have a space heater and they’ll use their oven or their stove to heat up a room in their house by turning those on and those can actually produce carbon monoxide in those areas which is very dangerous.”