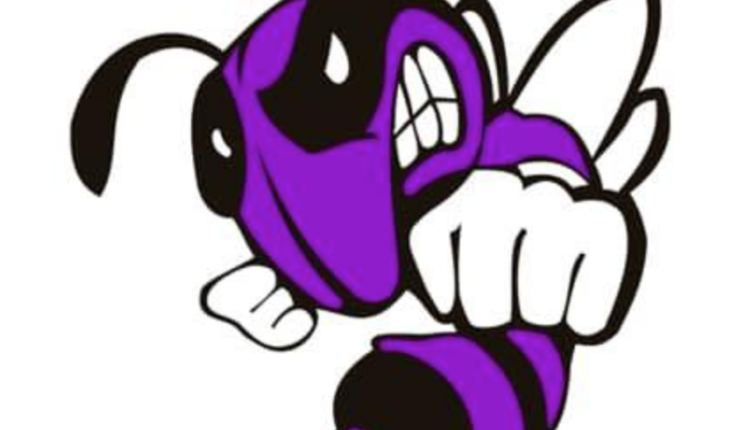 Mortensen had a 21-yard pick-six in the first quarter, kicked field goals of 21 and 23 yards, and converted five PATs for Box Elder (1-0). Majors caught an 84-yard touchdown pass from Ryan Griffin, also in the first, and returned a second-quarter interception 73 yards for a score.

Griffin got the Bees on the board with a 1-yard scoring run, and tossed a 15-yard pass to Daxton Sumko in the third quarter. Sumko ripped off a 62-yard touchdown run in the second quarter.

Kearns tossed a 22-yard pass to make the score 20-7 for Box Elder midway through the second quarter.

MILLVILLE — Bonneville outlasted Ridgeline on the road in a low-scoring battle.

Ridgeline went up 7-0 midway through the first quarter on a 94-yard touchdown run and Bonneville (1-0) kept the RiverHawks from scoring for the next 3 1/2 quarters.

Jaxon Johnson punched in a 3-yard touchdown run early in the second quarter but, with a missed PAT, Ridgeline retained a 7-6 halftime lead.

Johnson had the game-winning score as well, a 1-yard run with 4:06 left in the game to deliver victory for the Lakers.

Reinhold got Farmington (1-0) on the board with a 61-yard scamper with 10:37 left in the first quarter. Seth Warner tossed a 5-yard scoring pass to Adam Stucki with 56 seconds left in the first to put the Phoenix up 12-0.

Reinhold added a 1-yard plunge with 4:55 left in the game.

BOUNTIFUL — Corbin Cottle scored two touchdowns as Bountiful opened the year with a win over Highland.

After a Highland field goal, Cottle returned the ensuing kickoff 95 yards to paydirt to give Bountiful (1-0) a 21-3 lead with 1:17 left in the third quarter.

Faletau Satuala opened the scoring with an 84-yard interception return as the first-half clock expired. Brigham Morrison scored on a 37-yard run to put the Redhawks up 14-0 in the third quarter.

Cottle capped the scoring on an 11-yard rush with 4:44 left in the game.

CEDAR CITY — Ogden rallied to take a fourth-quarter lead but Canyon View scored with six minutes left to claim a home win over the visiting Tigers.

Kire Thompson hauled in a 56-yard touchdown pass from Chino Furniss to put Ogden ahead 23-21 with 10:20 left in the contest. Canyon View answered with a 27-yard scoring throw with 6:05 remaining.

Calvert hauled in a one-handed pass from Bodee Goins and galloped to the endzone midway through the second quarter to pull Fremont to within 17-7, but the Silverwolves could get no closer.

AMERICAN FORK — Roy trailed 31-0 at halftime and struggled against a high-powered American Fork squad on the road to open the season.

The Royals (0-1) put together a strong drive late in the game but fumbled their lone scoring chance into the end zone for a touchback.

RIVERTON — Syracuse’s Kobe Bennett ran in for an 8-yard touchdown early in the fourth quarter to give the Titans a 25-20 lead at Riverton, but the Silverwolves struck back with a 75-yard touchdown pass and hung on to beat Syracuse (0 -1).

Rhett Thompson kicked two field goals for the Titans from 25 and 21 yards. Jake Hopkins threw two touchdown passes, one to Jake Metcalfe and another to Noah Yeates.

Riverton returned a kickoff for a touchdown in the first quarter after Hopkins’ first TD pass.

ST. GEORGE — Northridge fell behind 48-0 in a season-opening loss at Snow Canyon.

Malikai Williams tossed a 19-yard scoring strike to AJ Tillman with 5:24 left in the game to get Northridge (0-1) on the board.

LEHI — Defending 5A state champion Lehi took a 34-0 lead at halftime and cruised past Davis (0-1) in a non-region opening game.

Darts quarterback Jackson Stevens completed 23 of 36 passes for 185 yards. Josh Barker and Easton Baggett each had six catches for Davis. Crew Cunningham and Jordan Taula each had a sack on defense for the darts.

CLEARFIELD — Clearfield (0-1) held West to a 3-0 margin through the first quarter but the visiting Panthers scored 33 points in the second quarter to run away with the non-region season opener.

Scott Noel had all three touchdown catches and had 61 receiving yards. Britton Christensen kicked a 31-yard field goal for the Vikings.

BLANDING — Layton Christian scored three touchdowns in the fourth quarter but it wasn’t enough as the 1A runner-up Eagles fell at defending 2A champion San Juan.

Jose Ribero completed 18 of 26 passes for 278 yards and three touchdowns, and rushed for another for Layton Christian (0-1). Ribero found Malik Johnson for a 25-yard score to make the score 26-19 for San Juan with three seconds left in the first half.

Ilai Tagidugu caught a 2-yard touchdown pass with 8:42 left in the game, then Ribero connected with Oaklin Sandoval for a 70-yard catch-and-run to make the score 46-32 with 3:42 remaining. Ribero got LCA on the board with a 1-yard run midway through the second quarter.

Johnson returned an interception 70 yards for a score and Jessaia Giatras-Moala returned a fumble 60 yards to paydirt. Giatras Moala rushed for 98 yards on 16 carries.

Eliza Erekson scored in the first half for Clearfield (3-1).

Abby Schofield tallied a hat trick and two assists for Syracuse (3-1). Ashtyn Carlson added one goal and one assist. Cortney Cobabe and Avery Sanders each netted once. Eva Christensen had two assists and Devyn Gailey added one. Madi Paulsen kept the clean sheet.