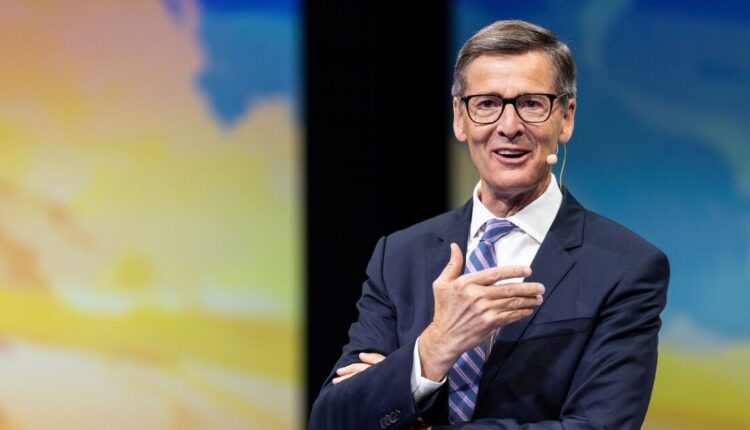 PROVO, Utah — Reflecting on his experiences and how his testimony has aggregated, Young Men General President Steven J. Lund shared faith-focused thoughts with Brigham Young University students and staff during a Sept. 20 devotional.

This earthly life was designed by Heavenly Father for His children to exercise faith, withholding a few of the pieces to the “sophisticated jigsaw puzzle of mortality” to ensure they may do so, President Lund said.

This explains why, he added, things don’t always make sense.

President Lund said he finds his testimony to be much like the “reason of the hope” (1 Peter 3:15) within him, as “a composite panorama of countless bursts of light through an otherwise impenetrable earthly veil.”

A flash of light in Asia

While in Asia on a business trip, President Lund noted the early morning darkness as he drove from the airport. Driving across a bridge, the walls on either side blocked his view, but after crossing, he turned back to see boats on a large body of water.

The realization evoked the question within himself of how he knew to look back. He remembered that the walls on the bridge had slits which had flashed light as he passed.

“I knew what was there before I knew that I knew. And, I would have missed the marvel of it all if I had not turned back to look,” he said. Just like this situation, there will be flashes of light throughout life, he explained, but they must be recognized.

“Life often presents like an incessant gray wall stretching off into nowhere, but here and there, if you watch for them, flickering assurances of God’s love for us will become evident,” President Lund said.

A flash of light in Frankfurt

Another burst of light for President Lund took place when he was stationed in Frankfurt, Germany, for the United States military. Joining the military, in itself, was a flash of light for him; he received a prompting in the temple while seeking future guidance following his mission to the Netherlands.

As a young soldier stationed far from home, Church and his young single adult family home evenings were “a bright spot” in his week. One day he worked late and missed the carpool for his young single adult family home evening group. The dejected soldier determined to go home, but instead felt guided by the Spirit to navigate the “spider-web” streets to the exact apartment building and door of the group.

“I opened the door, the most astonished 23-year-old in the Church,” President Lund recalled. “Heavenly Father had sent a shaft of light that replaced my bewilderment with wonder.”

A flash of light in his family

President Lund told of a flash of light that came later in his life, when his son, Tanner, returned after a touch football game in pain. Turning out to be cancer, Tanner dealt with much more pain throughout his battle with the disease.

One night, Tanner woke up with extreme head pain. President Lund and his wife tried to comfort him, but to no avail. Suddenly, Tanner said, “They say I’m supposed to go in the kitchen and sit up on the couch.” Which Tanner did. The next morning, an oncologist said the issue was most likely due to a blockage, stopping the cerebrospinal fluid from draining.

The only way to gain relief was to do just as Tanner did. President Lund asked, “This made sense, but what were the chances that 12-year-old Tanner could figure that out? And, who were ‘they?’”

A flash of light in Georgia

While serving as mission leaders in the Georgia Atlanta Mission, President Lund and his wife, Sister Kalleen Lund, received a call from a missionary with a hurting stomach. Not expecting herself to say this, especially with her limited medical knowledge, Sister Lund told the elder that he had appendicitis and that he should go to the hospital.

Twice the emergency room worker found nothing wrong, yet the elder insisted that he had appendicitis upon Sister Lund’s diagnosis. After finally identifying the issue, the elder underwent surgery. The surgeon said that had it been five minutes later, the missionary might have lost his life.

“In the kingdom of God, such stories of faith abound. But miracles rarely announce themselves. To see them, we might have to ‘turn back and look,’” President Lund said. 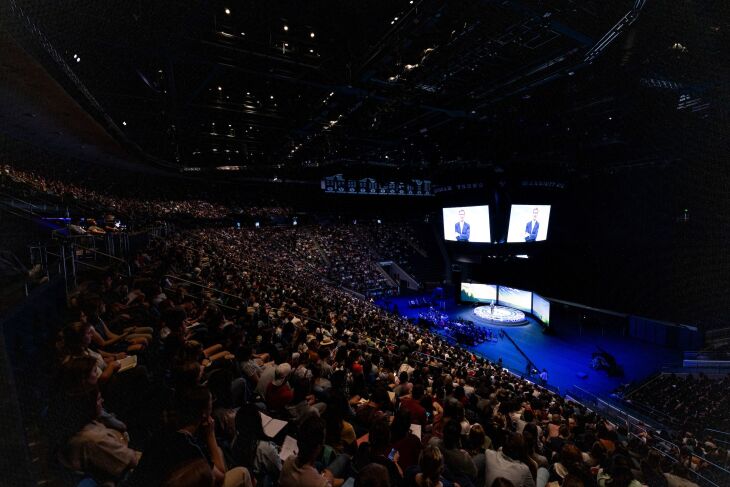 A flash of light in California

“One flash of light memorialized in our family history involved my young mother driving alone in 1958 from California to her grandmother’s funeral in Arizona,” said President Lund.

After hearing a voice instructing her to pull off the road and stop immediately, she obeyed just before a narrow ravine bridge and in time to see two semi trucks coming around a bend toward her, passing each other and taking up both lanes.

President Lund noted that sometimes individuals can become diverted from the majesty of the gospel because hard things happen. “University life is designed, especially here, to take you to the wall where you will have to fight your way to growth. Church doctrines and practices and, for that matter, our life’s challenges, don’t always come with explanatory footnotes. But if we will be faithful observers of the workings of the Spirit in our lives, we can come to even better respect the miracles that illuminate the tapestries of our testimonies and find courage to move forward in enlightened faith.”

The significance of flashes of light

He referred to 1 Nephi 17:23-46 when Nephi reminded his family of flashes of light from God.

President Lund said the sacrament is available weekly — a miracle in itself — as an opportunity to renew covenants with the Lord.

“The soft, salvific flashes of healing light that warm our souls in sacrament meetings constitute a miracle more profound than even the parting of the Red Sea, more than a soldier being guided to sanctuary, an angel commandeering a telephone to save a missionary, a holy whisper leading a child from pain, Saul finding the Savior on the road to Damascus, an Oxford don finding the Savior on the road to Whipsnade or even then the Divine hurling of the stars and the planets into their ordered rotations,” President Lund said .

Whether big or small, there are flashes of light to be noticed throughout life. There is evidence [of] a pattern of the veil leaking light as the Savior relentlessly pierces it to bless His own,” he said.

Many students who attended the devotional said they experienced their own “flashes of light” as President Lund spoke.

Music education student Rebecca Hilton said she understands that even if everything is not yet known “God will give us just enough in the timings that we need it, that we’ll be able to keep going and have faith in Him. … We don’t have to know everything.”

Moving forward, Hilton plans to write her personal moments of flashes of light in order to look back at these moments, so as not to forget them. 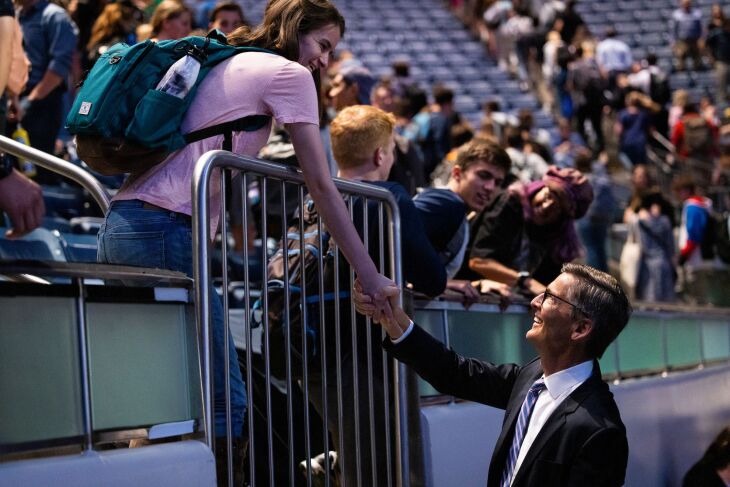 During the devotional, psychology student Liam Gannon wrote down his goal to recognize God’s hand in his life more. “There’s so many things that we know, but we don’t realize that we know them,” he said.

Mariah Richey, studying horticulture, said during President Lund’s devotional, she had an epiphany when she connected his words to a song she wrote at age 16. The song spoke of stars as holes in the sky, placed there by God to shine heaven’s light. While she did not fully understand her own lyrics at the time, she now feels that President Lund’s thoughts “added clarity,” helping her reflect on her own life and ask why certain events took place.