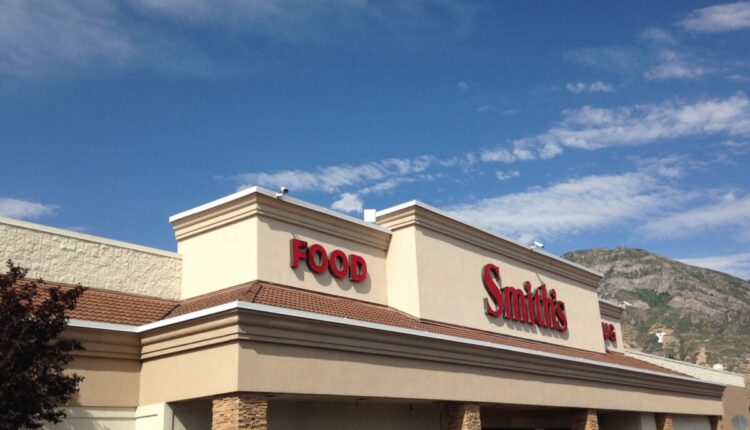 The Provo Smith’s Food and Drug location on Freedom Boulevard is shown in this undated photo.

Long desired and frequently discussed, there may soon be movement toward a grocery store, namely a Smith’s Food and Drug, being built on Provo’s west side

The Provo City Council voted unanimously Tuesday to approve a Joint Resolution for a Memorandum of Understanding between the Provo City Corporation, Redevelopment Agency and Smith’s Food & Drug Centers, Inc., to consider incentives for future development on a property that Smith’s partially owns at the corner of Center Street and Geneva Road.

“For many years, Provo has worked to encourage Smith’s to develop a second store in the community. Over those years, the City has discussed offering incentives to help facilitate this development,” reads a staff report. “With the passage of House Bill 151 earlier this year by the Utah State Legislature, the ability of cities to offer incentives to retail developments will be severely curtailed after July 1, 2022.”

This MOU preserves the city’s ability to offer incentives and help cover the costs of constructing a new Smith’s. The memorandum also serves as a framework for a Joint Development Agreement which, once prepared and presented before the Provo City Council, would commit Smith’s to develop and operate a second grocery store in Provo.

As part of the terms outlined by the MOU, the city and RDA will work with Smith’s to provide an incentive payment partial reimbursement for site improvements, including the new parking lot and driveways.

Additionally, the city will work with Smith’s to provide additional land from the adjacent park property, if needed. Smith’s will be required to construct park improvements as shown on the site plan, which has not yet been publicly released.

Smith’s will take responsibility for the design, bidding and construction supervision of all infrastructure improvement. The company will also be required to work with city staff and the Planning Commission in order to ensure site plans are consistent with city ordinances.

Provo City, the RDA and Smith’s must enter into all necessary definitive agreements no later than Nov. 30, according to the memorandum.

A joint resolution between the Provo City Corporation and RDA was also approved Tuesday, announcing their intention to prepare a Joint Development Agreement for the development of an unidentified big box store in southwest Provo. According to Keith Morey, Provo City’s economic development director, it is too premature to release the name of the project.

The resolution would also preserve the city’s ability to offer the unidentified big-box retailer incentives, which would have been otherwise restricted by HB 151 on July 1.

“Provo has been meeting with representatives for a big box retailer interested in establishing a store in Provo,” read a staff report. “For Provo to be able to preserve its ability to offer incentives for this type of development, it is necessary for us to adopt a resolution of intent.”