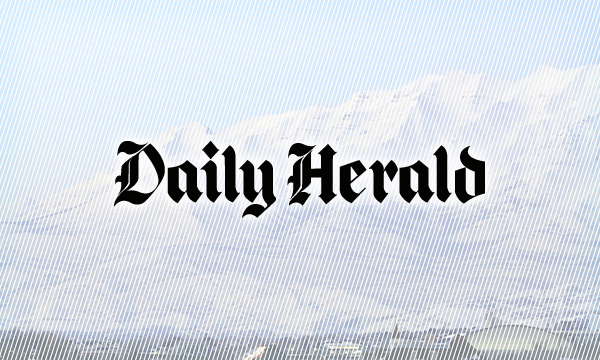 Kerry Patterson, a prolific writer and mentor to many, died Nov. 6, 2022. Patterson was a Provo resident.

Writer, mentor, teacher, helper, friend, father and grandfather are some of the roles that were filled by Provo resident Kerry Patterson, who passed away Nov. 6. During his life, Patterson co-authored four New York Times best-sellers, wrote four children’s books, taught at Brigham Young University’s Marriott School of Management, co-founded a professional development company and wrote a regular column titled “Kerrying On” for his business, which showcased his wisdom and humor.

“When people around you begin to grossly misbehave, it’s important that you do something. Fleeing the scene or clamming up only makes matters worse. For instance, turning a blind eye to a racist comment, or shrugging off a harassing remark, suggests that you’re giving tacit approval to dreadful behavior. Not good,” Patterson wrote in one of his columns on Nov. 20, 2018.

“Acting surprised may not eliminate dreadful behavior in a single stroke, but it helps set a clear standard. Showing disappointment provides a proper sense of magnitude without being abusive on its own,” he continued.

According to Patterson’s daughter, Christine Gouff, her father spent much of his time writing and even when he was not writing, his fingers seemed to be typing on a nonexistent keyboard. “He loved writing so much,” she said.

Gouff recalled a story about her father returning to work on a Monday and saying that he had written a book during the weekend. “And he actually had,” she said.

In addition to being a brilliant writer, her father had a strong work ethic, according to Gouff. “He just threw himself into work. Because of that, he was able to research, write amazing books and help to make big organizational changes to companies around the world,” she said.

However, amidst all of Patterson’s talents and accomplishments, his kindness is what many will most remember. Gouff said that he was constantly helping and mentoring others. Upon finding out that someone was going through a difficult time, he would step in.

In fact, a man working at a movie theater told Gouff’s brother that their father had befriended him when patronizing the theater. After hearing about the man’s life and desire to go to college, Patterson paid for his first semester’s tuition. “He didn’t do it for fanfare or praise. He just did it because that’s who he was. He couldn’t help himself. That’s just who he was. He was fantastic,” Gouff said. “He was constantly investing in people’s futures.”

Joseph Grenny, a friend and business partner, said Patterson accomplished much in his life that contributed to the good of the community and the world. Some of these accomplishments include being a pioneer in the use of video training; authoring beloved children’s books that teach fundamental human morals and basic skills for successful living with wit, grace and charm; helping grow Unitas, a global nonprofit that has helped over 50 million of the world’s poorest to achieve economic self-reliance; helping launch The Other Side Academy, a free, residential, 2.5-year life skills program for those with long histories of addiction, crime and homelessness; and co-founding VitalSmarts, now called Crucial Learning, employing 150 in Utah and around the world.

Patterson is co-author of the New York Times best-sellers “Change Anything,” “Crucial Conversations,” “Crucial Confrontations,” and “Influencers.” His books have sold more than 6 million copies, which have been translated into 30 languages.

His wife, Louise Patterson, four children, 14 grandchildren, two great-grandchildren and those he mentored will greatly miss him, said Gouff. His many friends will miss him too.

“He missed his calling as a stand-up comic. His self-deprecating and sometimes shocking wit would leave anyone holding their sides and laughing until they cried,” Grenny said. “Partnering with him for 25 years was one of the most important blessings of my life.”

When is the Saratoga Springs Utah Temple open house and dedication?