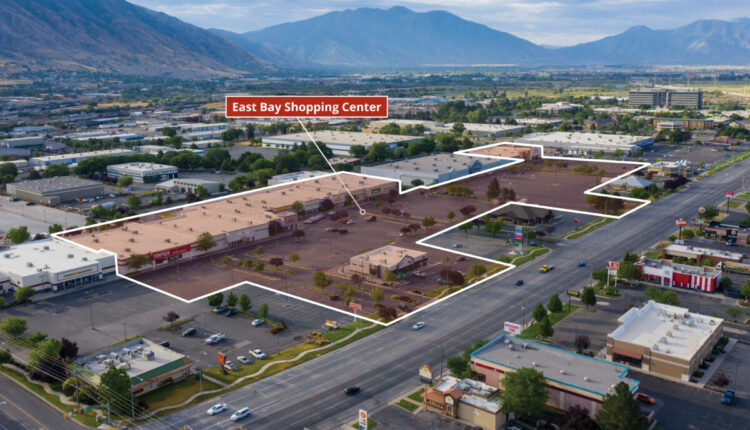 There are few residents of Provo who have at least traveled through the East Bay Shopping Center on the south entrance to the city. Many have shopped or eaten at one of the area retailers and restaurants.

The shopping center has been up and down in popularity, with shops opening and closing over the past decade.

In July, the 172,000 square-foot retail center at 979 S. University Ave. was sold to new owner War Chest Real Estate, with dual bases in Colorado and Florida.

“The center provides a strong credit lineup nearly across the board and lots of upside with below-market rents,” according to a statement from War Chest. “Utah and, more specifically, Provo is a market where we see a lot of growth potential.”

The sale of the property reflects the interest in outside companies to come to Provo to purchase positive growth assets, according to Keith Morey, Provo’s director of economic development.

“It shows we have great financial strength,” Morey said. “Its very telling that outside investment firms would look at Provo. They are buying it as an asset and see it as an opportunity.”

Monson said that while there may not be “a ton of opportunity to make big changes,” he suspects there will be a few tenant upgrades in the future and possibly another freestanding pad site built out.

“It’s a compelling story,” Monson said. “Our group from out of state saw Provo as a place they wanted to deploy capital. That area is transforming. It’s not flying under the radar anymore.”

Monson noted the many changes in the south Provo area, including the Provo Towne Center as well as the East Bay Shopping Center, will bring vibrant changes to the south end of the city.

In the years to come, people will see big changes, according to Monson, who predicted that in 10 years the area won’t look the same. Goodman and Monson work out of Colliers’ Utah County office and are familiar with the area.