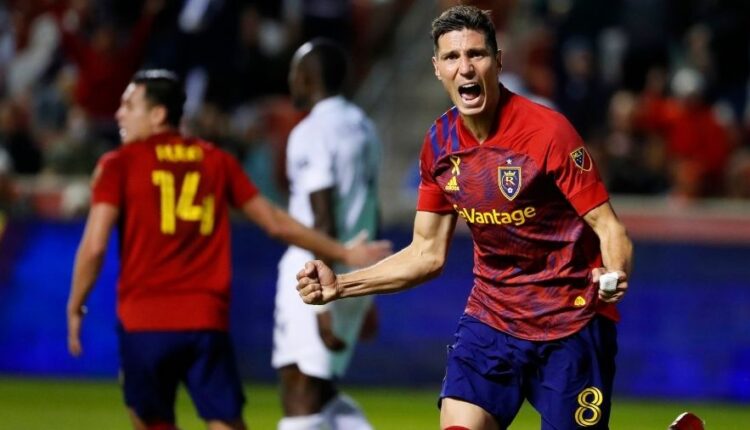 “It’s unbelievable, the timing couldn’t be better,” said interim manager Pablo Mastroeni as he tried to explain his emotions after Julio’s goal. “In sport you can always hope for a chance and tonight we were at the right end.”

The win lifts Real Salt Lake to fifth in the Western Conference and four points to Portland’s fourth. In the west, the Galaxy fell from fifth to seventh place.

Interim manager Pablo Mastroeni made a change after losing to Portland. He chose to play Maikel Chang on the left to replace Justin Meram.

Real Salt Lake was looking for their first win against the Galaxy that year. In the two clubs’ previous two fixtures in 2021, they separated 2-2 in Utah on July 21, before defeating the Galaxy 1-0 in California on August 4th.

Jitter in the first half

Chicharito had several ways to give the visitors the lead, but David Ochoa failed on a few occasions against the Mexico international. The best opportunity for Chicharito came mid-half when he caught a ball up in the penalty area and wrapped his right foot into the net. But Ochoa made a brilliant jump save to keep the game goalless.

That changed, however, when the final seconds of half-time passed when Rusnák whipped in a splendid ball from the right that found the head of Damir Kreilach who gave Real Salt Lake the lead.

Concession for the second half

The second half started with more energy than one would expect given the timing of Kreilach’s goal. Pablo Ruiz had an opportunity to double the lead in the 55th minute, but his left-footed shot from the box was saved.

Then, minutes later, Chicharito found himself in a one-on-one chance, but Ochoa’s right leg denied him a goal. His shot would be for the lower right corner if it weren’t for the heroic parade of Ochoa.

“It was a really cool night,” Ochoa said when asked how special it was to play such a big role as the club celebrated its first annual Hispanic Heritage Night. “Performing well tonight, especially against two great Mexican players, has been satisfactory. Hopefully I can continue to perform well.”

Fortunately, Real Salt Lake continued to play aggressively and in the 63rd minute Aaron Herrera missed a once-in-a-lifetime opportunity to get his name on the top scorer list. His left-foot shot from just before the penalty spot flew over the crossbar and to the goal kick.

The galaxy would not go down swinging. Chicharito found himself in a one-on-one face-off with Ochoa but tried to parry the ball on Samuel Grandsir, but Justen Glad was able to win the ball back and clear it for a goal kick.

The Galaxy seized their chances when Chicharito found a spot on the penalty spot, turned Toni Datkovic and ended up with his left foot in the lower right corner.

With his first touch of the game, Julio would have shaped the game almost immediately when his right-footed shot was saved by Jonathan Bond.

In the 94th minute Julio found himself on the counterattack, immersed between two Galaxy defenders. He flicked the ball in the air on his left foot, volleyed the ball for the first time, and found the lower left corner to steal all three points.

It was one of the best goals of the season and arguably one of the biggest goals in Real Salt Lake’s 17-year history.

For the first time in the club’s history, Real Salt Lake is traveling to Austin.

Austin lost 3-0 away to Colorado. Real Salt Lake and Austin faced each other on August 14 in a game that ended 1-0 in favor of Real Salt Lake.

The game is streamed for free via the KSL Sports & KSL 5 TV app or on KSL Sports dot com.