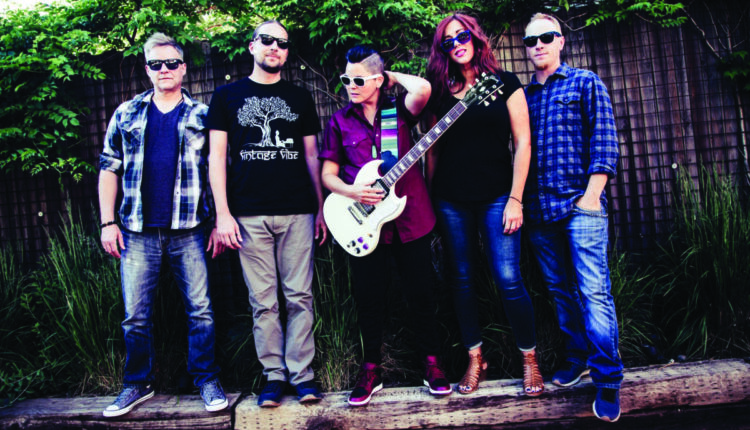 Rock with Talia Keys and The Love at The Monarch | News, sports, jobs

Salt Lake City soul funk rock band Talia Keys and The Love will perform at The Monarch on Saturday, September 18, 2021.

Talia Keys returns to The Monarch on Saturday September 25th, hot on the heels of two incredible shows supporting Lukas Nelson & Promise of the Real at Red Butte Gardens and Indigo Girls in Deer Valley this month.

A passionate singer / songwriter and cross-genre multi-instrumentalist, Keys ravaged Ogden fans and many who had traveled from Salt Lake at the Monarch Market Pride Kick-off Celebration in early June, which played solo on a crowded deck during their first show since the beginning of the COVID-19 pandemic.

Now she’s back in Ogden for a fall show, this time with the whole band – Talia Keys and The Love – on the larger Upper Deck.

“I wanted to put on a show for all ages and it was the perfect opportunity,” said Keys, who works as music director for the nonprofit Rock Camp SLC with children.

Talia Keys and The Love from SLC are “here and ready to lift your spirits, lift your hearts and minds, and most importantly make you dance,” says their biography. Keys, known for her tireless commitment to human rights, uses her music to spread awareness and love for the earth and one another. “Music is very healing,” she said. “If I can get just one person excited about a show, I feel like I’m doing something right!”

Keys said the band will play new music and old favorites, as well as some covers and jams. At the opening for Indigo Girls they played the rock anthem “Rise Up” and the beautiful, bluesy “Broken Cities” from their 2018 debut album “We’re Here”.

It was a remarkable experience for Keys, who said, “You are legendary and put on an amazing show from the heart! We felt honored to be there. “

Talia Keys and The Love haven’t played at Ogden in over two years, Keys said. “We can hardly wait!”

The Monarch is thrilled to have Keys back out on the upper deck with “The Love” for “a night of music, friends and dancing”.

The show is supported by Dale James, who spins vinyl from 6-7pm, followed by a three-hour set of Talia Keys and The Love until 10pm. Adult drinks, beer and hard seltzer are available. Tickets are $ 10 and are sold in person at the box office.

Visit Talia Keys and The Love on Saturday from 6pm to 10pm at The Monarch, 455 25th St. All ages are welcome, with tickets for $ 10. Learn more at facebook.com/TheMonarchOgden/events.

‘The Real Housewives of Salt Lake City’ Is Must-Watch TV