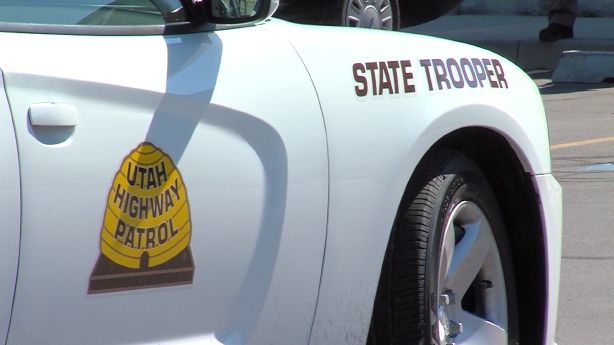 “Rowdy” man arrested after several hit-and-run runs on I-15 in Centerville, police say

A man was arrested after crashing into three cars and throwing objects at a Utah Highway Patrol officer on Saturday. (Mark Wetzel, KSL-TV)

CENTERVILLE – A man was arrested after crashing into three vehicles and throwing objects at the police in Centerville on Saturday morning, police said.

The 33-year-old from Provo was driving on Layton Parkway around 1 a.m. when he left his lane and ran into an articulated truck, said Colton Freckleton, a soldier with the Utah Highway Patrol. He then collided with two other vehicles, one of which was pushed into the Parrish Lane exit sign.

A soldier was approaching the man’s vehicle as it crawled over his shoulder and the “fighting” man began to scream and curse. The soldier returned his car and the man started throwing Xbox games and an open jackknife at the soldier, Freckleton said. The knife missed the soldier, but hit the soldier’s car.

The police arrested the man on suspicion of driving under the influence of alcohol and the three escapees. He could face other charges, Freckleton said.