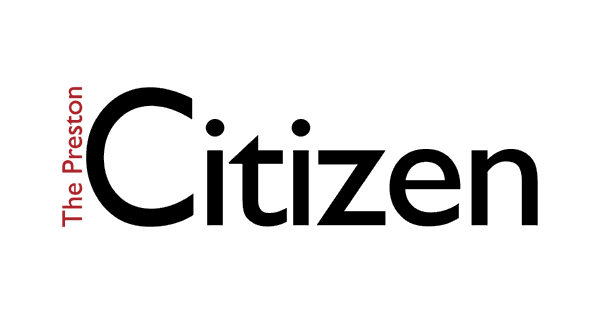 Congratulations to Tyli Sharp, young daughter of David and Jamie Lynn Sharp on being chosen to sing the National Anthem at the Preston Night Rodeo on Thursday night July 28th.

Congratulations also to Clay Morgan and his mother Melena Morgan from Clifton on both of their BYUI graduations on July 20th.

Nate Housley, son of Kirk and Jennifer Housley of the Clifton 1st Ward, has been called to serve an LDS Service Mission in the Cache North Mission. What an honor for him!

Happy 90th Birthday to Great-Grandma Sara Ballif who lives in the Clifton 1st Ward. Her family threw her a special party at the Clifton Community Center on her birthday, July 22nd. She has several grandchildren and great-grandchildren, along with friends who gathered to wish her well.

Congratulations to Abbie Povey, daughter of Brad and Leiza, on her marriage to Tanner Hunsaker on Saturday July 16th in the Logan LDS Temple.

Elva Atkinson from Dayton, age 86, passed away July 15th. She was a favorite resident in Dayton and is survived by her brothers, three children, 10 grandchildren and 5 great-grandchildren. Her funeral will be held on July 28th in Dayton.

The Oxford Ward is having their summer party on Tuesday August 2nd at 6:30 pm at the Clifton Park Pavilion. There will be lots of good food, games, good times, and the yearly ward photo will be taken.

Elder Charles Iverson spoke in the local ward of the Church of Jesus Christ of Latter-day Saints this past week, just prior to his beginning of two weeks service as a missionary to the Philippines, Bacolod Mission. He is the son of Dr. Kurt and Margaret Iverson. His grandparents are Johnny and Jeannine Iverson of Mink Creek and Sharon Knapp of Cub River. Relatives from both the Iverson and Knapp families attended this meeting as well as a number of Charles’ high school friends. He graduated from Preston High School this part May.

JoAnn and Drew Ford are enjoying time with several grandchildren at their home. These are Sarah, Adele and Patrick James, of North Ogden. They lived things up at the Ford home from the relatively quiet days of their aunt Bethane, JoAnn and Drew and participate in community activities.

Marilyn and Bob Godfrey spent nearly a month at Mink Creek. The chief reason for the stay was that of a Godfrey Family Reunion being held on the farm of Glen Jepsen, Marilyn’s brother. They have been preparing genealogical information to share with family, visiting with Jepsen and Godfrey relatives and enjoying the cooler temperatures of Mink Creek before heading back to their home in Casa Grande, AZ, south of Phoenix.

The family of Mary and Ron Norris gathered here for the funeral of their parents. Mary had been hospitalized for quite some time and passed away on July 1. Ron died in a 4 wheeler accident on their Birch Creek farm just six days later. The Norris’s moved to Mink Creek from Utah a number of years ago.

The family of Hannah Pearson met at their Leghorn Lodge, formerly Hannah’s home, for a family reunion. Hannah’s daughter Colleen Hawkes of Kaysville, UT, and Dean Pearson of Cedar City are the last two living siblings of Hannah’s family. People came from Washington state to South Carolina and places in between ,Texas, Colorado and lots from Arizona). Obviously from Utah and Idaho, too. Around 140 family members were able to enjoy the fun of reconnecting, cousins ​​meeting cousins, and the wonderful feeling of togetherness that results from these events.

Ramona Lower Hatchett is moving into Riverdale’s Narrows Estates with the completion of her new home. An open house welcomed her friends and neighbors, new and old, and was hosted by her son-in-law Jack Grey. He assisted in designing the house. Ramona has lived for years in the community of Mink Creek and she will be missed. It’s nice to know she isn’t really far away.

The community has plans for two celebrations for Pioneer Day. The Riverdale 2nd Ward will be using the pavilion in the Riverdale Park on July 22nd. The Riverdale 1st Ward are planning their party for the 23rd at the Pavilion.

The Preston Community Orchestra held a concert at the Fairly Nice Shelter by the Robinson building in town. Three members of the Riverdale 1st Ward were musicians sending forth those sweet sounds: Stacey Keller, Lamont Anderson and Kimberlee Ann Atkinson. Thank you for sharing your talents. It was a lovely way to spend a summer evening.

The combined young men and young women and their leaders went to Lava Hot Springs for their activity Tuesday, July 19, and Wednesday, July 20, where they stayed at a campground and floated down the river.

The Franklin Stake hosted a Franklin Stake Primary Activity Day for the Activity Days boys and girls on Tuesday, July 12, held at Hull Valley Campground for the activity. The children were asked to wear a plain white shirt They slung marshmallows with a slingshot at the cardboard giant Goliath, had to guess the names shown on heads of the animals on Noah’s Ark, witnessed the walls of Jericho falling, and hiked through the trees at the park to represent and listen to the story of the Israelites 40 years of wandering in the wilderness. While walking they ate for their lunch walking tacos mixed in a bag of hamburger, chips, cheese, lettuce, salsa, and drank lemonade, tang, water, and had sugar cookies. They fished for Jonah’s whale with a fishing pole and a magnet and while they were waiting for the fish to bite, wrote their thoughts down on paper from Heavenly Father.

Three women attended the Relief Society’s monthly breakfast for the ladies in the Valley View Branch held at the home of Carmelita Rengifo on Saturday, July 16, for fellowshipping and bringing the sisters closer together. Carmelita made sandwiches and mashed potatoes to go with the salad, fruit and apple juice.

Congratulations to Max and Cindy Nielsen on celebrating their 50th Wedding Anniversary with family on July 14. They have five children and 21 grandchildren.

Girls Camp was the highlight of the month of activities for the 14 girls, 4 leaders, and two Priesthood leaders in the Winder Ward who camped in trailers and tents at Emigration Canyon, went swimming, boating and kayaking, in Bear Lake Tuesday, July 12 -Thursday, July 14. They went to an obstacle course in Garden City where they went on a ZIP Line, swing drop, climbing and rope course.

It rained one night but it got rid of the bugs, said Alesah Viterna, 1st Counselor in the Young Women’s Presidency. They had a craft day. Kylie Williams, Young Women’s Secretary, brought supplies to make dream catchers. They had enough beads to also make anklets, bracelets, and necklaces. The presidency bought a camp chair for each of the girls. They decorated them along with water bottles and journals with stickers and spelled their name in vinyl, that Janae Cox, 2nd Counselor in the presidency had brought.

The girls each had a turn at helping cook the meals. They had sausage, eggs, and cheese sandwiches on muffins for breakfast one day, and pancakes, eggs, ham, and bacon on another day. For lunches they had tacos, and took sandwiches on French bread and chips when they went to the beach. For dinner they roasted hot dogs one night and had Dutch Oven chicken and potatoes. The Bishopric came up for dinner and held a fireside on that night. Brooke Talbot, a woman from the Winder Ward, was a guest speaker who talked about their theme “Trust in the Lord.” Two young women, Brylee Viterna and Kristy Simmonds, who had attended the FSY (For the Strength of the Youth) at Utah State University that month also talked about what they had learned there about trusting in the Lord and bore their testimony. Then the meeting was open to bearing of testimonies.

Weston City held their annual Pioneer Day Celebration on a semi-cloudy but warm Saturday, July 23, starting off with the West Side High School fundraiser breakfast, the parade along a new parade route, games, bounce house, animal chase, airplane candy drop , shootout at the Woodward Country Store, and many vendors. Glenn Beck was featured as a speaker in the evening and showed his historic collection of memorabilia.

The Franklin Stake hosted a “Chill and Grill” on Tuesday, July 19, at the Franklin City Park. The High Council cooked and served grilled hamburgers and hot dogs, green salad, rolls, and creamies. There was live entertainment by Cathy Kirkbride who sang two songs. They had piñatas for the Primary age children filled with candy provided by the Valley View Spanish Branch. The Stake Sports Committee headed by Katie Jo Jensen had a lightening competition, volleyball, and ultimate frisbee. “All stake entities helped in so many ways,” said Kim Hobbs, in charge of the program. “The best thing we had was a lot of relaxed conversations and just being together and getting to know each other better.”

Colby Dean, son of Rashann and Wess Dean in the Franklin 1st Ward, returned home from his mission to New Jersey on Tuesday, July 19.

For their Library Day Summer Reading program at the Franklin City Park, at Patsy Shipley’s station she brought several beach balls that they played games with such as volleyball thrown over cones, then passed the ball around to each other, and then hit a beach ball with a plastic baseball like a baseball around the cones.

For Karen Lowe’s station, she cut out of felt yellow and white fish, sewed around them on the sewing machine, stuffed them with batting, and the children decorated them with markers. Haylee Lowe greets the children downstairs in the jail where the books are kept and helps them exchange books bringing back last week’s books and choosing new books and turning in their readers log. Haylee files the books back on the shelves. They had a sucker for a snack and were given a bottle of bubbles to take home.