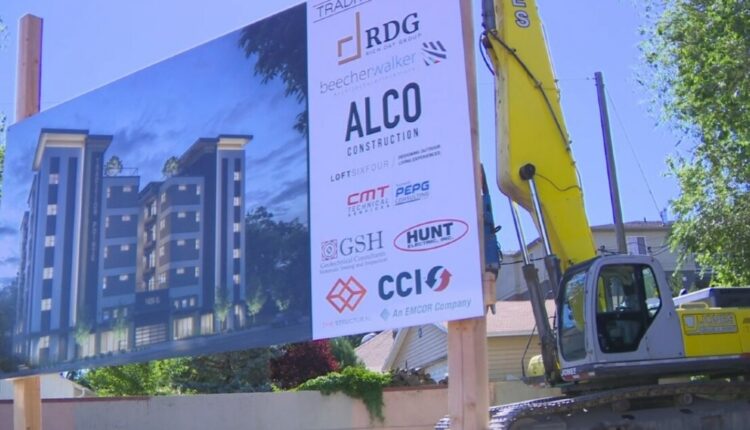 SALT LAKE CITY — With interest rates rising and many housing markets overvalued according to some experts, officials building the new high-end Tradition Point apartment complex in Salt Lake City say the time is right for this project.

The demand for housing continues to be strong in Utah, but one professor who tracks housing costs says many markets, including Ogden and Provo, are overvalued and may have peaked.

“There’s going to be a lot of people priced out of the home market and just can’t get into a home, we want to provide something that feels like a home, that’s comfortable, nice beautiful for them but doesn’t come at the cost of an actual home,” said Alan Bott, CEO of Alco Construction. “With interest rates rising, this is a way they can come in, have a nice place to live and actually be in the valley looking for a home to buy in the valley. But live here, experience here and really know that they’re gonna love Salt Lake City before they purchase a home.”

But Tradition Point is also going up in the middle of the ballpark community; a Salt Lake City neighborhood that’s been hit hard by issues of crime, homelessness and drug issues. Not to be deterred, Bott says people living in the high-end, rental community will actually have a more vested interest to keep their neighborhood safe.

Tradition Point is expected to be available for rent late next year or early 2024.