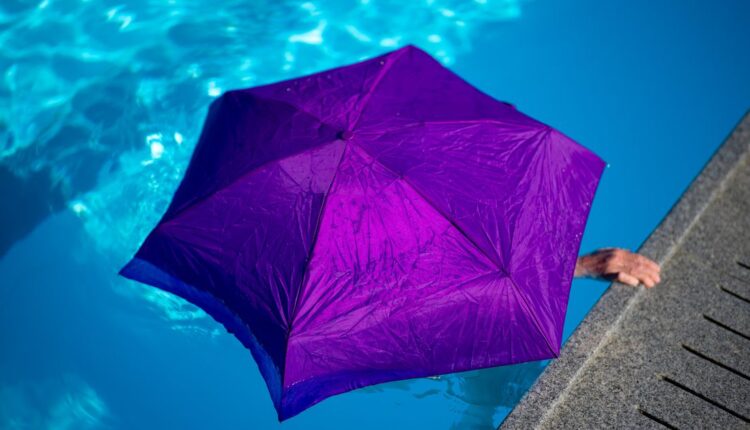 Sunday’s high of 107 degrees matched an all-time heat record for the area set in 1960.

(Trent Nelson | The Salt Lake Tribune) A swimmer cools off at the Salt Lake City Sports Complex on Friday, July 8, 2022. Salt Lake City topped out at 107 degrees on Sunday, matching an all-time heat record for the area set in 1960.

What will fall next: another heat record, or temps along the Wasatch Front?

Salt Lake City topped out at 107 degrees on Sunday, matching an all-time heat record for the area, according to the National Weather Service.

It marked only the fourth time since 1874 that the city has reached such a high temperature.

The all-time, 107-degree heat record for Salt Lake City was first set in July 1960, then matched in July 2002 and on June 15 of last year before it was matched again on Sunday.

But rather than seeing another heat record fall, it appears the Wasatch Front may soon get an ever-so-slight reprieve.

After a chance of showers and thunderstorms late Sunday, the weather service is forecasting a mostly sunny week ahead with highs in the low to mid-90s along the Wasatch Front.

St. George can still expect triple-digit highs for the rest of the week. Though with expected temperatures to top out near 108 degrees, the entire state’s all-time heat record doesn’t appear to be in jeopardy.

The hottest temperature ever recorded in Utah, according to the weather service, was 117 degrees, recorded on July 10, 2021, in St. George.