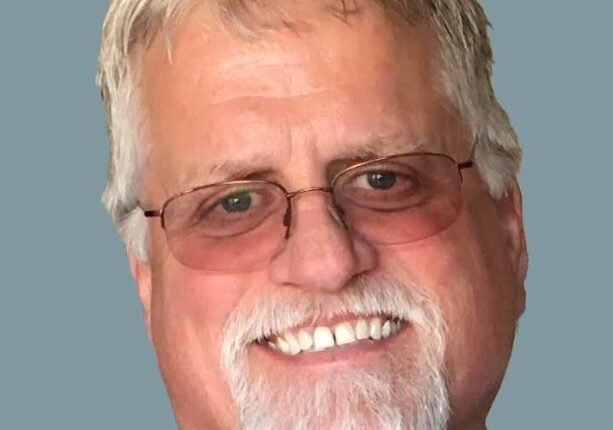 Scott Mitchell Hodgson, 62, of Perry, UT passed away peacefully at Ogden Regional Medical Center on November 9, 2022, due to complications from a stroke. He was surrounded by family and so much love. He was ushered into the next life by his wife Lori Hodgson speaking sweet words into his ear while lying lovingly on his chest.

Scott was born on June 29, 1960, to Mary Frances Killpack (Carn) and Clyde Edmon Hodgson in Ogden, Utah. As the 3rd of what eventually became 5 children, Scott knew all too well the joys, and pains, of living with siblings. Mischief was his middle name as a child, but he also learned the value of hard work from a very early age, a trait he continued to adamantly live until his passing. Scott excelled in sports including football, wrestling, baseball, golf, and basketball.

After graduating from Ogden High School in 1978 he attended Dixie College on a full-ride football scholarship.

In 1982 Scott attended a concert of the band 38 Special. It was there that a faulty folding chair (ok he was standing on it) folded in on itself and caused him to fall for a young, beautiful redhead named Lori Lovell, by literally falling into her lap. After a few years of friendship, and a year or two of dating, they were married on March 1, 1985, in Elko, Nevada. Although it was a small and modest ceremony, their love and devotion for each other was grand and strong, lasting nearly 40 years. They initially settled in South Willard, Utah, where exactly one year and three days later they welcomed their son, Brady Scott, into their loving family. They later built a home and moved to Brigham City, and finally ended up building another home in the beautiful neighborhoods of Perry, Utah, where they have lived for the last 23 years.

On their 10th wedding anniversary, Scott and Lori were sealed for time and all eternity in the Logan, Utah Temple. Scott was a member of The Church of Jesus Christ of Latter-day Saints, and served faithfully in many callings. He spent many years working with the youth and was especially involved in scouting. He was a beloved Cubmaster and Scoutmaster, and even received the prestigious Award of Merit for exceptional service to the organization. Scott also coached and played in many church basketball leagues and games, even though his knees and back defiantly disagreed.

Later in life Scott earned a bachelor’s degree from Utah State University and a master’s degree from Western Governors University. He accomplished this all while working full time and helping to raise a family, thus continuing his legacy of being a dedicated and hard worker.

Scott worked various jobs throughout his life, but for the last almost 40 years he was employed by Westinghouse, Inc. where he worked all positions from entry level, to management, to eventually corporate trainer. He was widely respected for his hard work ethic, positive and fun demeanor, and get-it-done attitude. He strongly believed that if you have time to lean on something, you have time to clean on something.

Scott always enjoyed many wonderful hobbies including woodworking, riding 4-wheelers in the desert, camping, fishing, golfing, and just general tinkering around, fixing and building various things. Mostly, however, he enjoyed spending time at home with his “Lovell”y wife, Lori, his son, Brady, and his 3 amazing grandchildren: Logan (13), Lucy (11), and Adi (9), whom he sadly leaves behind. Together they enjoyed countless trips in their fun toy hauler, setting up camp for weeks on end where many immediate and extended family members and friends would join in on the good times, and playing silly games until all would laugh until they cried.

Scott was an amazing son, brother, husband, father, and grandfather, and was always surrounded by children and animals. His silly, fun, and joking nature was enjoyed by all, and he was regularly the instigator of much laughter and happiness to all who knew him. From his nieces and nephews calling him Uncle Snot, and his grandchildren calling him Papa Squat, he spread joy and laughter wherever he went.

He was preceded in death by his father: Eddie; his step-father: Lyle Killpack; children: Jessie and Jace, and many wonderful kitties and doggies.

Scott was an amazing man. They truly just don’t make them any better. He taught his son how to properly treat a woman by the way he treated his sweetheart wife. The three of them shared a very special bond and were always a team, calling themselves “The 3 Musketeers”, a legacy that will live on. Scott was taken from us too soon, and we will miss him desperately, especially us–the remaining 2 Musketeers.

Condolences to the family may be expressed at www.myers-mortuary.com.

Miners ‘business as usual’ as they head to regional