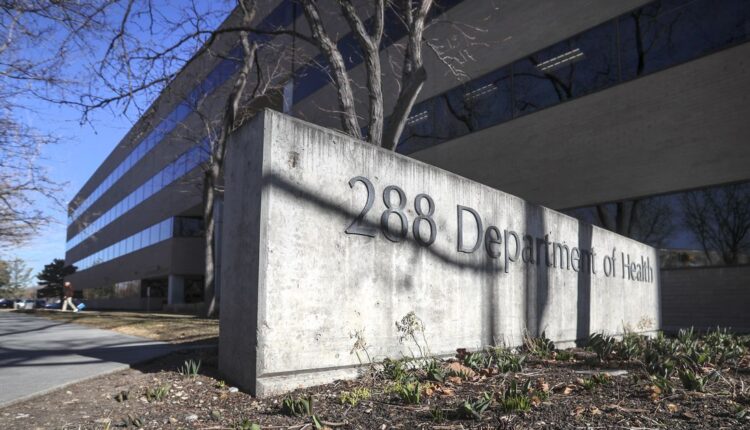 But supporters say it will streamline services for those most in need.

HB365 would begin the process of merging the two agencies into a Department of Health and Human Services in July 2022. The agencies would draw up a merger plan to be presented to lawmakers by December.

Bill sponsor Rep. Paul Ray, R-Clearfield, said the move was necessary because “the way we’re doing this is very redundant”.

“We believe that the best way to be more efficient and effective in providing services to the public is to bring these two agencies together and try to break the silos and get communication going so that the People don’t go to two or three. four different places to get services, ”Ray told members of the House Health and Human Services Committee on Thursday.

Rich Saunders, executive director of the Utah Department of Health, said he had worked for the past few years with programs at the state health department where he learned about the people and services offered and the “shortcomings and deficiencies in the services.”

“I think with this HB365 it will be quite valuable to bring some of that experience with us as we evaluate this and start moving on,” Saunders said.

The bill went through house 64-5 on Friday. It will be forwarded to the Senate for review.

Change ‘in the middle of a pandemic’?

The Utah Department of Health was at the forefront of the state’s pandemic response, which included officials like state epidemiologist Dr. Angela Dunn promoted celebrity status to the state.

Carrie Butler of the Utah Public Health Association said the group is excited to examine “the efficiency between the two departments.”

But she said the group had “some concerns about putting public health out of the spotlight”.

Courtney Bullard, director of education and collaboration for the Utah Health Policy Project, expressed concern about how the merger could affect patients.

“Because of the direct service work we do in communities across Utah, we also agree that there are silos and communication barriers that could and should be dismantled, and we appreciate the conversation between lawmakers and the governor to resolve this Problems, “said Bullard during the Thursday meeting.

However, the group worries “how this merger will actually improve efficiency and have the potential for unintended consequences,” she said.

“First is the timing. While we are still in the middle of a pandemic, we just don’t believe that now is the time to make a big change that this bill will bring about, ”said Bullard.

The group also has concerns about whether moving authority to the Department of Workforce Services will actually improve efficiency.

“We really want to make sure that this is a transparent process that has broad stakeholder input. And so far we don’t feel that this has happened, ”Bullard said, adding that the group wants to work with lawmakers on the goals of the bill in an interim study.

Todd Losser, executive director of the Utah Public Employees Association, said the organization doesn’t believe the merger will result in job losses. The association plans to work with the Cox office and state agencies in the future, Losser said.

Audrey Wood, representative for the Home Health and Hospice Association of Utah, said the group estimates the implementation date for the merger is 2022.

“Our primary concerns are the stability and continuity of the programs and services provided by the agencies during the transition and we believe that this will be achieved with the delayed implementation date,” said Wood.

The Utah Medical Medical Care Advisory Committee, a coalition of interest groups, said in a statement in January that the change will require “more input and evaluation from stakeholders” before it becomes law.

“Failure to do so could have unintended consequences for the health and safety of Utah Medicaid beneficiaries. Instead, we support recommendations in the governor’s agency transition reports to “address Medicaid structural issues by setting up a public health and health systems task force,” the group said.

“This is not the intention to cut jobs.”

Saunders said the merger is intended to “improve the delivery of these critical services primarily to our underserved and marginalized communities.”

In the current system, the Department of Workforce Services does most of the Medicaid authorization work. The bill would move all oversight of Medicaid eligibility to this department so that “everything is under one roof,” Saunders said. The new Department of Health and Human Services in Utah handles the delivery of services and the interaction between providers and members for Medicaid.

The departments have already started holding town hall meetings with public health workers to discuss the changes and “reassure our staff that they are needed. This is not the intention to cut jobs, ”Saunders said.

“We are very important to prevent services from expiring or gaps in the services,” Saunders said.

He promised that public health would not “lose its voice” in the process. Saunders said the alliance will promote integration between physical and behavioral health resources, as well as greater accountability in public departments.

Tracy Gruber, executive director of human services, said that because of the separation of departments, customers need to work with different agents and have their data in separate systems.

“We have met with our staff, and at least from the Department of Human Services staff, they understand the complexities of the people they serve and the challenges involved in coordinating them,” Gruber said.

Rep. Marsha Judkins, R-Provo, asked if the process might need the help of people with fusion skills, as unexpected problems can arise when two parties join forces.

“Sometimes we don’t see things in our own home as clearly as someone who comes from outside,” she said.

Ray said that when such expertise is needed, “those safety nets are there,” with funding being requested in the bill. But the state already has a “good template” for merging the departments, he said.

He said he started looking at the issue a few years ago, but the pandemic pushed it into the background last year. Governor Spencer Cox’s administration asked Ray if he was still interested in working on the merger, “and if it still makes sense”.

“I’ve never had a better partner for something like this because it’s end user, service delivery, and efficiency first and foremost. That’s where I am, so it worked out really well,” said Ray.

A desert shootout spills into Utah, leaving one man dead and a sergeant facing charges