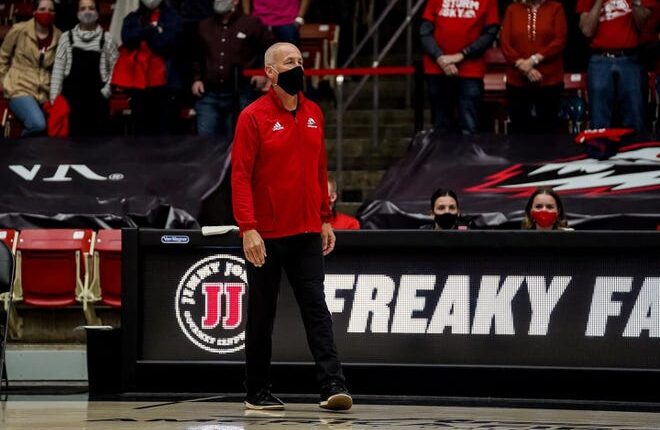 With just under a month to go to college volleyball, southern Utah will be without a head coach.

SUU announced on its athletics website on Wednesday that it had fired head coach Pete Hoyer, who went 9-8 as head coach of the T-Birds in the COVID-19-displaced spring season last season.

SUU opens its season on August 27th against BYU in Provo and plays in the doTERRA Classic Tournament.

Hoyer and SUU Volleyball ended their summer camps and clinics in 2021, with their last pre-camp clinics ending on July 24th.

Hoyer was named the T-Birds head coach ahead of the 2018 season after standing head coach Craig Choate retired at the end of the 2017 season. Choate was an assistant coach for the state of Utah for a season in 2019 after leaving SUU.

In his three seasons as head coach, Hoyer set an overall record of 30:48. In the Big Sky Conference game, he finished his T-Bird coaching career with a 21-29 conference record.

SUU’s 9-8 record in the 2021 spring season marked the first winning season for SUU volleyball since the 2010 Thunderbird season, when SUU finished with a 16-15 record.

“From what we were in January to what we are now is incredible,” Hoyer said in a press release after angering the state of Montana. “Everything we’re doing is history. To win a game and advance is incredible for these players. “

According to the press release, SUU has started looking for a new head coach and athletics will not make any further comments until a hiring is made.

Chris Kwiecinski covers Athletics from Region 9, Dixie State, and Southern Utah for The Spectrum. Follow him on Twitter @OchoK_ and contact him at [email protected] or (435) 414-3261.