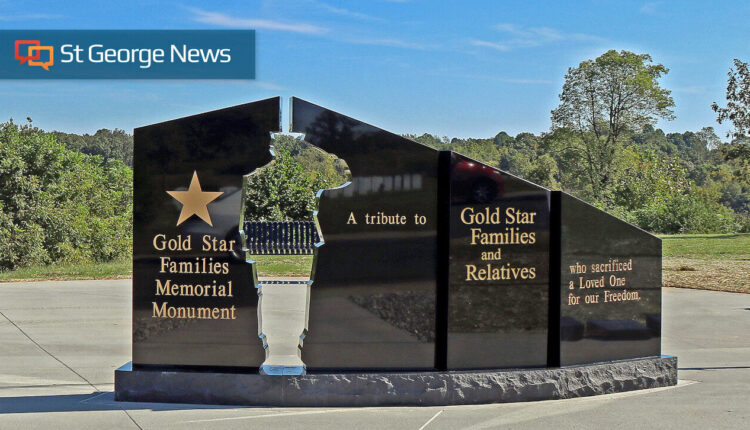 Bringing a Gold Star Memorial similar to the one pictured is a priority for the city’s new Mayor Michele Randal, whose location and date are unsettled Photo courtesy of Veterans Affairs Louisiana, St. George News

ST. GEORGE – Through the dedicated efforts of the new Mayor of St. George, Michele Randall, Southern Utah could soon become the second Utah city to have a public memorial honoring Gold Star families.

In August 2020, the city of North Ogden became the first city in Beehive State to unveil a memorial honoring the sacrifices made by families and friends in the death of a U.S. military service member.

For more than a century, a stroll through almost any city in America could remind a person of the somber reality of rural service and the loss of life in theaters of war: somber flags, no bigger than a tea towel, hung in the windows of houses.

The flags adorned with blue stars proudly confirmed that someone served here who served in the military.

When replaced with a gold star, the flag represented much more – the death of a parent, husband or wife, son or daughter who gave the last full measure of devotion in support and defense of the US Constitution.

Although the flags have become a seldom seen symbol of the sacrifices families made, monuments honoring the military dead and the gold star families left behind find their way to public places across the country.

According to the Hershel Woody Williams Medal of Honor Foundation, there are currently 76 Gold Star Memorial monuments in 50 states and the Guam Territory, of which more than 50 are in the planning stages. However, some estimates suggest that number is more than 70 depending on the number of the organization sponsoring a memorial.

The first female mayor in St. George’s 159-year history leads efforts on the next Utah memorial to be erected on the west side of Town Square.

“I have a son who was a Navy Seal,” Randall said. “He’s been out twice and thankfully he made it home, but a lot of families weren’t that lucky.”

The last loss of a Utah born and raised military member was United States Army Sgt. Bryan “Cooper” Mount, 25, was killed on July 21, 2020 in northeast Syria while on a security patrol.

Unlike some war memorials that list service member names, St. George’s Memorial will honor the universality of all whose lives have been lost. The black granite wall will recognize the virtue, devotion and sacrifice of the Gold Star families.

Although the loss of their son is freshly remembered, St. George-based Bronwyn Mount is delighted that Randall is leading efforts to bring a Gold Star Memorial to southern Utah.

“It’s going to be a great honor,” said Mount. “We buried Cooper in Parowan – that’s where he grew up. Although it is only an hour away, there are times when I would like to be closer to remind myself of his life. Having the memorial right down the street where I work from will be a nice place to be with. “

Cooper Mount was a member of the 82nd Airborne Division. He was killed while on a security patrol in northeast Syria when his mine-resistant, robbery-protected all-terrain vehicle rolled over. The exact causes of the incident are still being investigated.

At the time of his death, Mount was serving as a cavalry scout with 1st Squadron Division, 73rd Cavalry Regiment, 2nd Brigade Combat Team, where his “carefree, easy-going personality made him approachable and popular,” said his squadron commander Lt. Col. Val Moro in an interview with Stars and Stripes from 2020.

In high school, Cooper’s ambitions were crucial in life, from dentist to hairdresser.

“This was what he wanted to do when he got out of the army,” said Bronwyn Mount. “He wanted a cool barber shop.”

After high school, Cooper went to work for In-N-Out Burger, where he eventually became the “Fry Guy”. While working at In-N-Out, Cooper met the love of his life, Michell. After dating and working together for a year, they married on October 24, 2015.

Mount joined the army in January 2016, where he sent the 2nd Brigade Combat Team to Iraq in 2017 to drive the Islamic State out of Mosul, the country’s second largest city.

After returning home Cooper planned a career outside the army That included his dream of opening a food truck, but the call to service had other plans. He returned to Northern Iraq and deployed to Syria in 2020, where he served as a rifleman to protect the paratroopers under his leadership.

According to Hope for the Warriors, there were nearly 1.8 million family members serving alongside their active duty member in 2015, and of that number there were more than one million children and 641,639 spouses who were without their loved ones during the service. 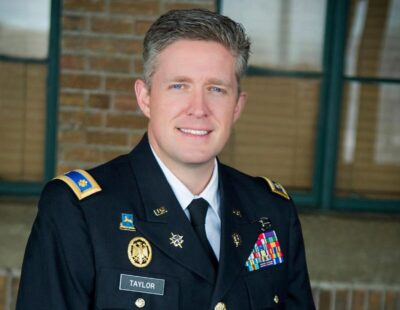 Jennie Taylor, who lives in Ogden, knows all too well the sacrifices military families made when she lost her husband, Maj.Bent Taylor, in Afghanistan in 2018.

“I am sad that my husband is dead, but I am very proud that he stood up for what he believed in, not just for his own rights as an American, but for the rights of all humanity,” said Taylor. “My husband did not die to protect me and my children … he fought for the freedom of the Afghan people there.”

Taylor was killed and another service member was injured. During the fight, other Afghan forces returned fire and killed the shooter.

US intelligence has failed to act “fast enough” against the “radicalization” of the Taylor-trained commando, according to a report published at the request of the Standard Examiner newspaper in Ogden.

Taylor had served in the Utah Army National Guard for more than 15 years, of which at least seven were in active service.

Because of his service, Taylor received the Bronze Star Medal, the Purple Heart with Oak Leaf Cluster, the Meritorious Service Medal, and the Army Commendation Medal.

Jennie Taylor was the driving force behind Utah’s first ever Gold Star Memorial.

“People need a gentle reminder of the sacrifice everyone makes, and that’s what these monuments are about,” she said. “I hope someone else, somewhere else, will see newspaper articles like the one on the St. George News and create a ripple effect that inspires other communities to erect a memorial in their city.”

More than 623,000 service members have died in combat since the First World War.

According to the US Department of Defense, since September 11, 2001, more than 7,000 Americans have been killed in combat during the wars in Afghanistan and Iraq, with more than 16,000 service members dying of other causes.

The focus of Gold Star Memorials, Taylor said, is to preserve the memory of the lost loved ones and bring some degree of closure to families and comfort to their communities knowing they have not been forgotten.

“Not everyone knows what a gold star means anymore,” said Taylor. “The idea of ​​the monument is to start a conversation. I hope people will see the memorial … and remember. Let’s teach our children to respect and appreciate the fact that our soldiers and women continue to die to this day to protect freedom. “

David Louis is from … well, everywhere. It’s hard to find a hometown for David because when he was growing up his father wanted to go somewhere else every two or three years. Since 1986 his main residence has been Las Vegas, where he graduated from the University of Nevada. David has been a collective journalist for more than 10 years, but as an all-rounder he was also a restaurant manager, warehouse manager for a pipeline company, K-8 instructor and limousine driver. In addition to a previous life as a musician, David enjoys traveling with Amtrak – it’s all about the journey, not the destination – cooking and painting. His greatest joys in life are his family, too many to list, and his cat Maxine.