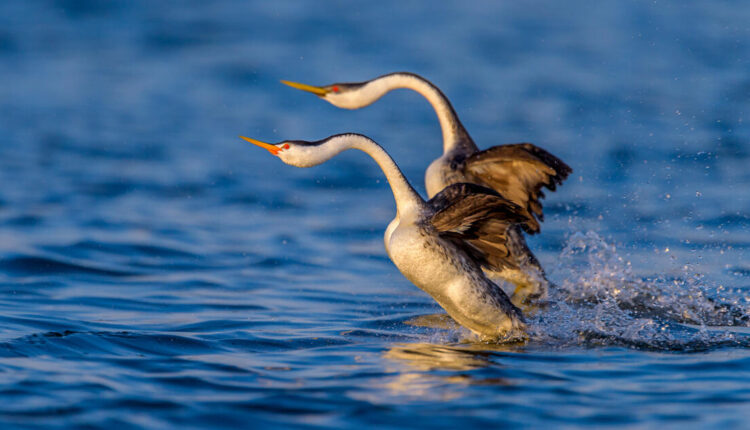 The entire Colorado River basin is in crisis

The US Bureau of Reclamation (Reclamation) shared alarming news earlier this year about the unprecedented conditions on the Colorado River. The agency that oversees federal water management in 17 western states publishes some pretty bizarre information, even for those of us who contact them regularly and rely on their analysis.

To anticipate: Reclamation’s prognoses signal that, due to the increasingly hot and dry conditions in the basin, we urgently need to do more than the DCPs have planned. Regeneration has further revised its forecasts during that shockingly dry spring, resulting in really dire forecasts for water storage and distribution. In other words, less water for people and less water in streams, which benefits birds, fish and a robust recreational economy.

We have arrived at the time when the limits of the Colorado River will be reached.

What does this mean for birds? Birds rely on the bank habitats of the Colorado River and its tributaries, and waterfowl also rely on the large reservoirs on the river. Studies of waterfowl at Lake Powell have documented splashing ducks, diving species, shorebirds, and more. American coot and western grebes are common. Gadwall, Goldeneye, Redhead, and Greenwinged Teal have also been observed. The habitats created by Lake Powell have existed for less than 60 years and can change with lake levels, which can affect birds.

You may recall that the Colorado River’s main high-level reservoirs – Lake Powell and Lake Mead – are sometimes “balanced” in water balance flows. Lake Powell is the receiving reservoir of the Upper Basin states (Wyoming, Colorado, Utah, and New Mexico), meaning it retains water that flows downstream from these states. Lake Mead is the distribution reservoir for the Lower Basin states (Arizona, Nevada, and California) and Mexico, which means that water supplies to each of these locations come from the available water in that lake (and of course statutory water rights). The amount of water in Lake Mead – the largest reservoir in the country – determines how much water a state has available for its water users on the Colorado River.

Reclamation projects show that, for the first time, Lake Mead’s water level is so low that it requires a cut in water supplies in the lower basin, which operate in the event of a Tier 1 shortage. And the agency says that this shortage is more than 99 percent likely to continue through 2022, and there is a high risk (more than 80 percent chance) that Lake Mead will remain in congestion for at least the next five years, perhaps with even more aggressive cuts.

Severe drought conditions also trigger an emergency response with the release of water from reservoirs further upriver to deal with sinking water levels at Lake Powell and protect Glen Canyon Dam’s ability to generate hydropower. Representatives from Reclamation and the Upper Basin states have just announced that they will be releasing water from Flaming Gorge and other reservoirs.

If we have another bad water year, the elevations on Lake Mead could be even lower than they were before Lake Powell was formed. With these two reservoirs we get to the bottom.

Why is that important? These unprecedented and exceptional drought conditions are a signal to all of us to take steps to ensure the river will flow long into the future and improve water security for humans and animals. Climate change is here and the entire Colorado River Basin is in crisis.

We have a very limited window of time to start implementing innovative tools that are available to us to adapt to and mitigate climate change. In addition to reducing CO2 emissions and other large-scale solutions for our planet, Audubon continues to focus on federal and state investments in climate-resilient strategies that help stabilize water supplies and better support economic sectors and ecosystems in adapting to changing conditions. Future water projections from Reclamation – and future agreements over the Colorado River – must take into account climate extremes.

The effects of the ongoing drought and climate change affect everyone in the basin. Our way of life is at stake – millions of acres of farmland and ranches, urban and rural communities, recreation by rivers and lakes, our economy, and incredible bird life. Our work is more urgent and difficult.

This piece was originally introduced on July 16.