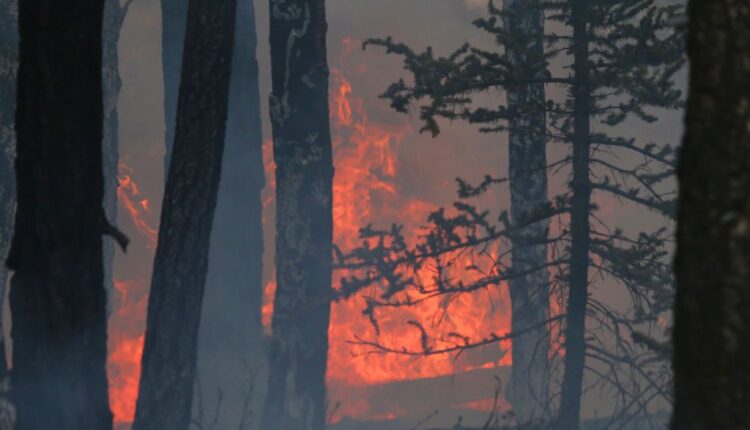 (ABC4) – Utah’s current fire season has far exceeded the five-year average for that time of year in terms of number of fires and acres burned, according to Utah Fire Info.

Utah has seen 126 wildfires and burned more than 6,200 acres this year, Utah Fire Info said in a Facebook post. The five-year average for this time of year is 46 launches and 189 hectares of burned area.

Most of these fires were man-made. The Post warns that conditions across the state are dry.

Most of the wildfires in Utah are man-made; don’t light the next one

According to the Utah Wildfire Dashboard’s seasonal summary, Uintah County is the county of the state that has seen the highest number of wildfires this season. In terms of the number of forest fires, Uintah County is closely followed by Duchesne County.

Notable fires that have occurred this season include the fire at Little Pass in Tooele County, which was discovered on April 4th, according to the dashboard. The fire was man-made. Another was the East Myton Fire in Duchesne County, discovered on March 29, and also man-made. The fire threatened 17 buildings, including residential buildings, and required evacuation orders for eight houses.

In addition, the Choke Cherry barrel fire in Iron County was mapped on 660 acres and the landscape was charred. Investigators believe that the fire was caused by a legally permissible burn that was not properly extinguished. The fire was rekindled by wind and spread to the dry, nearby vegetation.

What should I do if I light a fire?

“Report it immediately,” said Kaitlyn Webb, state coordinator for prevention and fire communications for the Utah Division of Forestry, Fire and State Lands. “The sooner the firefighters notice a start, the faster they can react, hopefully they can keep the wildfire going and the lower the risk.”

It can also be very helpful to stay on site to answer questions when the firefighters arrive, Webb says.

Webb says if you are prepared with the right equipment like a fire extinguisher, water, or a shovel, you can try putting them out without putting yourself at risk.

“The first step is really to make sure you have the right equipment when you’re out and about doing whatever you’re doing.”