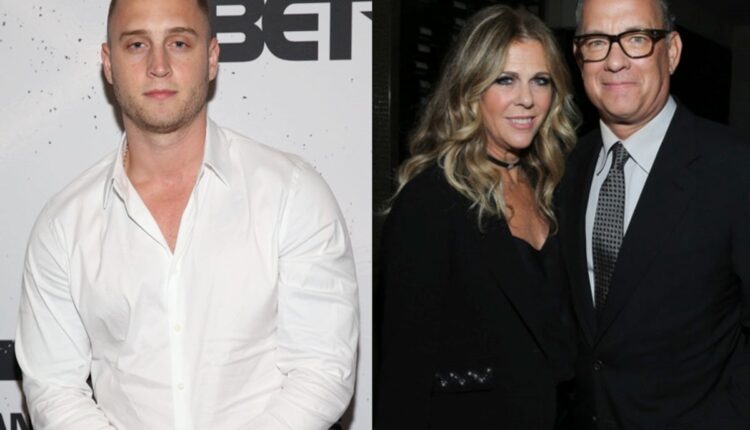 Chet Hanks has revealed his parents, actors Tom Hanks and Rita Wilson, sent him to a wilderness program for “troubled teens” amid his battle with substance abuse.

The 32-year-old actor and musician detailed the harrowing experience during a recent episode of the Ivan Paychecks podcast. Hanks opened up about his early struggles with addiction, and how it put a strain on his relationship with his parents.

In the episode, he recalled how he was dragged out of his bed in 2008 by two men.

“My junior year of high school, when the fights and power struggle with my parents had reached an all time peak,” he began. “My lights go on at four in the morning. I look at the foot of my bed and there’s two huge dudes standing at the foot of my bed – bald heads, looking like bouncers.”

“They’re like, ‘You’re coming with us. We can do this the easy way or the hard way,’” he said.

Hanks soon learned he was being taken away to a “wilderness program” in Utah to fix his defiant behavior.

“They put me in the back of a car, they drove me nine hours from LA to southern Utah, and they dropped me off at this program, which I came to learn was a wilderness program for troubled teens,” he revealed.

There, the “White Boy Summer” rapper was forced to do “manual labour” in the remote wilderness, with no “roof over [his] heads the whole time.”

“At that point, it was the hardest thing I’ve ever gone through in my life,” he said, before adding that he never knew when he was supposed to leave the camp. “It’s extremely uncomfortable, it’s not like camping,” Hanks admitted. “It was, like, designed to be as harsh as f***ing possible.”

Hanks went on to explain how he believed his parents were being “manipulated” by the program, which allegedly charged parents per day for the camp. “They knew my parents had the resources to keep me here for a long f***ing time and that’s exactly what happened,” noting that he was there longer than any other teenager in the program, apart from one person who had been there for six months.

Looking back, Hanks realizes now that the experience helped him find peace in solitude and strengthened his relationship with God.

Chet Hanks, who is now one year sober, isn’t the only child celebrity to be sent by their famous parents to a reform school or program. American socialite Paris Hilton has recently been open about her experience at the Provo Canyon School in Utah, where she was allegedly sexually abused as a teenager.

Hilton was sent to the school by her parents when she was 16, before returning home 11 months later.

“Very late at night – this would be around 3 or 4 in the morning – they would take myself and other girls into this room, and they would perform medical exams,” the 41-year-old recently told the New York Times. “This wasn’t even with a doctor. It was with a couple of different staff members, where they would have us lay on the table and put their fingers inside of us. And I don’t know what they were doing, but it was definitely not a doctor.”

Hilton continued: “It was really scary, and it’s something that I really had blocked out for many years. But it’s coming back all the time now, and I think about it. And now, looking back as an adult, that was definitely sexual abuse.”

A spokesperson for Provo Canyon School has since said in a statement that they “cannot comment on the operations or student experience” prior to August 2000, when the school was sold by its previous ownership.