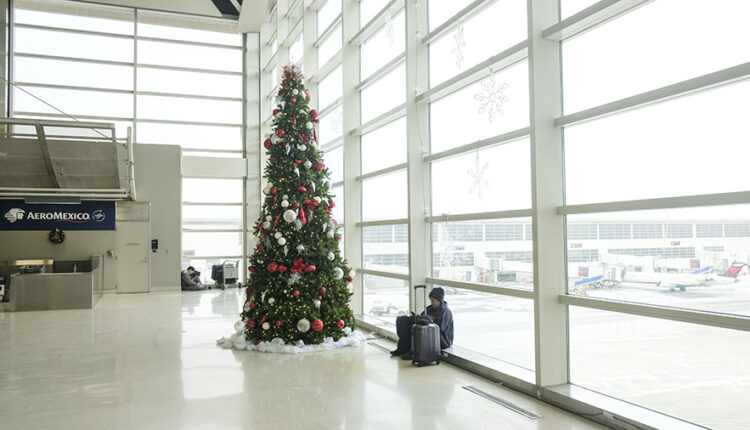 Travelers stranded as thousands of flights cancelled across the country

SALT LAKE CITY — The weather across the country has created a certain level of chaos for air travelers nationwide this Christmas Eve.

The polar plunge to the east of the Rocky Mountains, and other weather complications, have made it tough for some people to make it home for the holidays without delays.

Salt Lake International Airport has seen fewer delays than yesterday, but more canceled flights. As of 9 pm Dec 24, there were 91 cancellations and 121 delayed flights. Nationwide, there have been more than 3,500 flights cancelled, affecting all kinds of holiday plans.

“We’ve been on the go,” Ken Dillon said.

He and his wife flew out of London more than 18 hours ago, and should have already been at their final destination.

“The plan was to arrive here, spend an hour in the airport, and then get the connecting flight to Vegas,” he said.

But that flight was canceled, and they were put on standby for a flight on Christmas Eve night. Right after they checked their bags for that flight, it too was canceled. His wife is working the phone to try to get them on another airline tonight.

As it stands, they’re waiting for a flight that doesn’t leave Salt Lake City until tomorrow night, but he takes it in stride. Although, he thinks the airlines could do a better job of promptly informing travelers about cancellations.

“It’s beyond our control,” Dillon said. “The problem we have now… is where do we go? What do we do? Because we’re not due to fly out now until tomorrow evening.”

Plenty of people had to roll with it, as they scrambled to find another suitable flight.

“Everybody had some kind of trouble with their flight,” said Merle Litvack, relaxing in the greeting area with family members from her group. They’re here for a family reunion; headed to Park City.

“We planned our flights so that everybody would land within an hour or so of each other,” Litvack said.

But last night, before she left Florida, her flight was canceled and she was rescheduled to fly Christmas Day. So, she rebooked on another airline to get here sooner.

“So that I didn’t lose a day — because we only have so many days to be together,” she said. “Then, everybody else’s flight got delayed as well. I got here the earliest, I’ve been sitting here for seven hours.”

Fortunately, she still expected to be in Park City before the end of Christmas Eve.

“There’s nothing you can do about it,” Litvack said. “So you can either get upset, or you can just find the silver lining in the clouds.”

The airport was quieter Dec. 24 than it was Dec. 23, but it seemed that a higher percentage of travelers were dealing with delays rippling through the entire system.