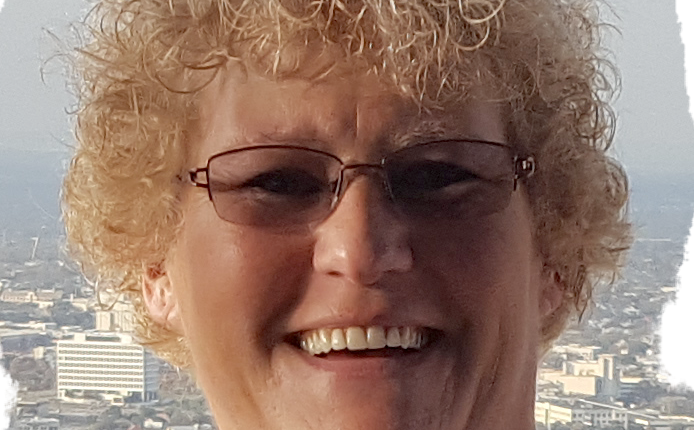 Christine Rae Fisher of Green River, who lived in Andrews, Texas, passed away unexpectedly on Tuesday, September 21, at the age of 53 at Sandoval Regional Medical Center in Rio Rancho, New Mexico.

Chris was born on October 15, 1967 in Altoona, Pennsylvania to Gerald and Paula Leturgey. She graduated from Hanna Elk Mountain High School in the 1985 class where they made lifelong friends.

Chris was a former resident of Rawlins, Rock Springs, and Green River. She married her soul mate Michael Fisher on August 28, 2009. She was a devoted wife, mother, nana, daughter, sister, aunt, and friend. She loved all of her nieces and nephews as if they were her own.

Family ties were most important to Chris. To know her was to love her, and if she loved you, there was no doubt, for she loved with everything she had and more. She particularly enjoyed traveling with Michael and her granddaughters and spending time at the lake, where she mostly fished all of them.

Chris also had a passion for gardening. She was blessed with a green thumb and a love for the outdoors where she, her husband, and Ember spent most summers camping in the Flaming Gorge with her and Michael’s family. On the whole, she loved going to the mountains with all of us – I think she loved being closer to what she would call the heavenly view.

After the cremation on Tuesday, September 28, the family is planning a private memorial.