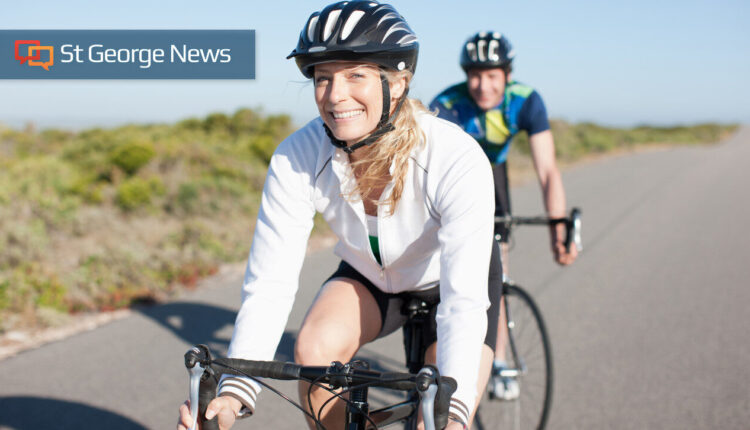 NS. GEORGE –In a press release on Monday, The Adventure Cycling Association announced the designation of 18 new US cycle paths in five states, adding 2,903 miles to the US cycle path system, including in southern Utah.

The US cycle route system has added 2,093 miles of new routes in five states, including Utah, location and date not specified | Map courtesy of Adventure Cycling Association, St. George News

The new routes in California, Indiana, Ohio, Utah and Washington State represent the largest addition to the route system to date, both in terms of the number of designations and the total kilometers, according to the press release. Two other routes in California and Florida have also been realigned to improve the cycling experience.

The new routes offer a variety of scenic cycling opportunities from the Midwest to the Northwest and Southwest. In California, follow the Pacific coast from Oregon to San Francisco or cross the state from the high desert to Los Angeles. In Indiana, travel from Indianapolis to Bloomington and beyond. In Ohio, connect Cleveland, Toledo, Cincinnati and more.

In Utah, walk from the base of the Wasatch Front to Salt Lake City and the painted cliffs and pinnacles near the Arizona border. Ride the rolling Palouse into the Snake River Canyon in Washington state. 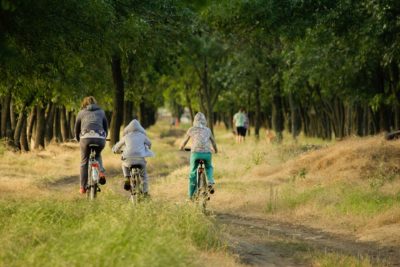 “This summer we are not only seeing the highest number of expulsions ever in a single period, but we are also seeing why it is important to improve existing routes whenever possible,” said Tymon. “For example, in Northern California, officials have realigned US Cycle Route 50 to include a new paved lane that will make cycling in the area safer and better than ever.”

This route system is an evolving national network of officially recognized, numbered and signposted cycle routes aiming to connect 50,000 miles of routes connecting all states in the country. Designated routes help promote tourism, improve driving experience and safety, and help build and plan other transportation facilities.

All U.S. cycle routes are designated by state transportation authorities and approved by the American Association of State Highway and Transportation Officials.

With the new names, the route system now has 17,734 miles of routes in 31 states and Washington, DC. At least 40 states are currently developing U.S. bike lanes.

Digital maps for all designated US cycle routes are available to the public online at no charge.

The Adventure Cycling Association, a nonprofit that provides the national coordination of the US cycle route system, works with the American Association of State Highway and Transportation Officials to ensure that states have the resources and expertise necessary for a successful route determination are required. 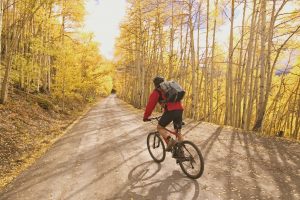 Scott Pankratz, executive director of Adventure Cycling, said in the press release that the route system continues to gain momentum with this addition of nearly 3,000 miles.

“The growth of the system will benefit everyone who uses, is, or will be to ride a bike,” he said. Adventure Cycling Association commends our government transportation partners for understanding the role bike travel plays in our national infrastructure, supporting health and wellness, transforming communities and increasing economic activity across the country. “

The highlights of the newly designated routes include:

USBR 77, USBR 677, and USBR 877 (349.8, 40.6, and 88.8 miles): USBR 77 begins on the Idaho border and runs through Logan, along the Wasatch Front from Ogden to Salt Lake City and Provo, then ascends between the mountains of the Fishlake National Forest and continues to its end at USBR 70 in Torrey, in near Capitol Reef National Park.

USBR 677 is a less urban and more scenic alternative route on the west side of Utah Lake, while USBR 877 connects USBR 77 in Sigurd with USBR 79 in Panguitch.

USBR 79 and USBR 679 (269.3 and 9.4 miles): From the Nevada border, USBR 79 crosses the high desert, reaches Cedar City, ascends to the painted cliffs and pinnacles of Cedar Breaks National Monument, passes Panguitch, and then climbs to its end on the Arizona border in the Navajo Sandstone in the Near Kanab. USBR 679 connects USBR 79 on US Highway 89 and USBR 70 at Duck Creek Village.

USBR 66 (329.8 miles): If possible, USBR 66 generally follows historic US Route 66. Starting on the Arizona border, the route crosses the Colorado River, then runs along the National Trails Highway in the high desert, passes through Barstow, Victorville and San Bernardino, follows the Pacific Electric Bikeway to the east End of the San Gabriel Valley and reach Los Angeles, where highlights include Olivera Street, Chinatown, Hollywood and Beverly Hills, before ending at the Santa Monica Pier.

USBR 95 (440.4 miles): USBR 95 begins on the Oregon border and mostly follows US Highway 101 and the Pacific coast to San Francisco. After passing Crescent City, the route goes through Eureka in the shade of sequoias, reaches Mendocino, climbs up and down, crosses the Russian River, continues to Sausalito, crosses the Golden Gate Bridge and ends on the southern edge of San Francisco.

USB-R50: In El Dorado County, USBR 50 has been realigned to take advantage of a newly completed section of the El Dorado Trail.

USBR 1: In Key West, USBR 1 has been realigned to allow safer passage to the southernmost point in Florida.

USBR 235 (122.1 miles): USBR 235 is a scenic alternative to USBR 35 between Indianapolis and Seymour. From Monument Circle in downtown Indianapolis, the route passes the Indiana State Capitol and joins the White River Trail in White River State Park, joins farmland, turns into hills near Martinsville, takes a spur into bike-friendly Bloomington and returns to Lake Lemon and ends in Seymour.

USB-R21 (366.9.) Miles): Starting from Edgewater Park in Cleveland, the USBR 21 follows the Ohio to Erie Trail through Akron, Massillon and Columbus to Cincinnati and then along the Ohio River to Aberdeen, with almost three-quarters of the route on off-street trails.

USBR 30 and USBR 230 (225.6 and 78.1 miles): USBR 30 travels from Ohio’s Pennsylvania border to its Michigan border. The route begins near Ashtabula and passes through Cleveland and Toledo, following the shores of Lake Erie and the North Coast Inland Trail. USBR 230 is a scenic alternative that continues west of Cleveland along the shores of Lake Erie through Lorain and Sandusky before rejoining USBR 30.

USBR 44 (196.1 miles): USBR 44 follows the Ohio to Erie Trail out of Massillon, crosses Charles Mill Lake en route to Mansfield, passes Bucyrus and outside of Lima, and ends on the Indiana border.

USBR 81 and USBR 281 (103.4 and 23.1.) Miles): USBR 81 rolls through the Palouse’s wheat fields and remains near the Idaho border. The route begins near the town of Tekoa and passes Pullman, home of Washington State University, then down into Snake River Canyon to Clarkston and on to Asotin. USBR 281 is an alternate route from Pullman across the southern expanse of Palouse on the Columbia Plateau and connects to Idaho north of Clarkston.

USBR 40 (1.9 miles): USBR 40 is a small start to a route that will eventually stretch 400 miles across Washington. It currently begins on the Idaho border and ends in Tekoa.

USBR 20 (77.8 miles): USBR 20 begins on the Idaho border in Clarkston and crosses the Columbia Plateau. The route follows the Snake River, past the island that makes up Chief Timothy Park, climbs through rolling hills to Alpowa Summit, descends Pataha Creek to Pomeroy, then climbs up and down to Dayton and reaches Lewis & Clark State Park on the Touchet River before its end.