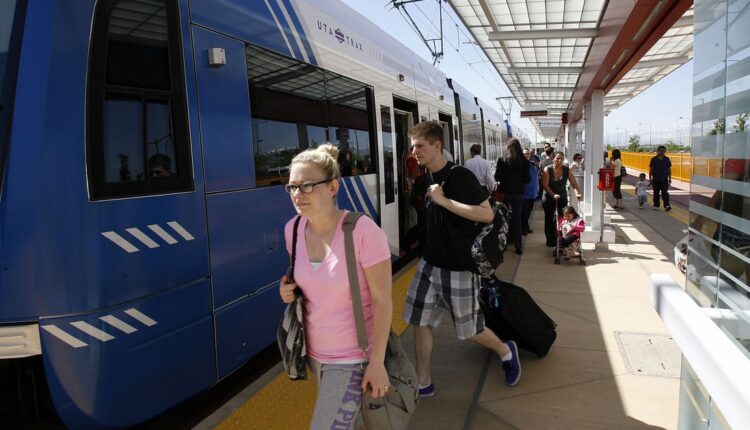 The Utah Transit Authority advises passengers to Salt Lake City International Airport and the University of Utah to expect some light rail delays this month due to projects near the two locations.

UTA started a bus bridge on its green TRAX line to and from Salt Lake City International Airport on Monday. The crews are currently working on completing a new station that will eventually take the drivers to the airport’s new main terminal.

Meanwhile, UTA officials say Red Line drivers attempting to reach the University of Utah should also expect 15 to 30 minute delays starting Saturday as crews replace routes near Mario Capecchi Drive. Saturday through Wednesday, drivers heading for the University of Utah are encouraged to alight at UTA 900 East Station, where a bus will take drivers to the Stadium, South Campus, and University Medical Center stations.

UTA officials added that the bus will not go to Fort Douglas Station during the bus bridge service. Regular service is expected to resume on October 14th.

According to the University of Utah’s semester schedule, the fall break is due to start next week so the duty delay doesn’t affect travel for class.

All eastbound lanes on South Campus Drive will be open for the duration of the project. The project could cause delays of up to 30 to 60 minutes for drivers.

The project is similar to the splint replacement that took place near the Rice Eccles Stadium in August. UTA officials said the project will create some noise for residents and businesses in the area.

“Residents and local businesses should expect day and night noise, as well as dust, vibration and nighttime lighting during work activities,” they wrote in a press release. “Barriers are used to reduce noise.”

‘An Arm and a Leg’: How One State Protects Patients From Hospital Lawsuits