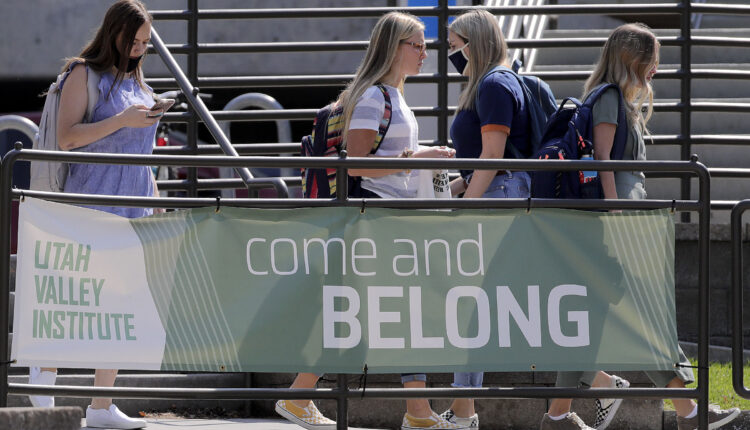 SALT LAKE CITY – Colleges and universities across the state of Utah are reporting increased enrollment in the fall of 2021 compared to 2020. And for many commercial and engineering programs, that growth has been in the double digits.

Each of the state’s major institutions published their enrollment numbers for fall 2021 on Monday. Overall, the Utah System of Higher Education reported that state colleges and universities saw enrollments increase 2.24% a year ago.

Enrollment in Universities and Business Schools in Utah

Utah Valley University maintains its status as the state’s largest four-year school, with 41,262 students enrolling this fall. That is a slight increase of just under 1%. This spring the school completed its largest class yet. Scott Trotter, the school’s public relations director, said the reasons for the surge in enrollment are as diverse as each school’s student body.

“Everything from the increasing number of PhD students to our newcomers right out of high school,” Trotter said. “We had the greatest number of women ever to graduate from Utah Valley University and People of Color – I think that number is up 10%.”

At Weber State University, officials reported a slight increase in enrollment to 29,774 students, nearly 200 more than last year. However, the school said its “simultaneous enrollment” courses, which allow high school students to begin earning college credits, rose 6.4%. And like the UVU, the university says the population is becoming more diverse: the number of students in these classes, who describe themselves as Black, Asian, Native American, or Pacific Islander, rose 9.8% over a year ago.

Southern Utah University also set a record for enrollment, up 8% to 13,611 students. School officials say a 42% increase in their online degree program accounted for much of that growth, with online students accounting for about 6% of the student body.

Other technical schools with large increases are:

Some schools are reporting slight declines

Some schools reported slight decreases in school enrollment. Enrollments at Utah State University fell 0.96% to 27,426 and at Salt Lake Community College by about a quarter to 27,225. Davis Technical College saw the largest drop in enrollments, down 5.16%.

Bring the atmospheric river (to ease the drought in Utah)