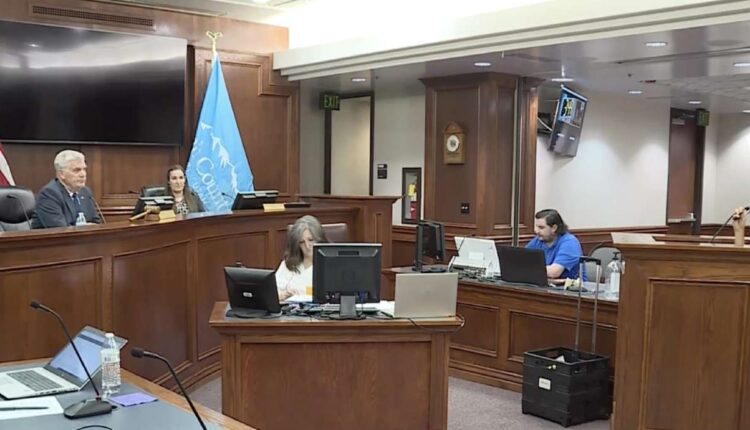 PROVO — Utah County commissioners struck down a motion to investigate the release of a document related to the struggle between Utah County Attorney David Leavitt and Sheriff Mike Smith, saying Wednesday the investigation was no longer necessary.

The decision followed weeks of back and forth between the two elected leaders during an election year.

Two weeks ago the Utah County Sheriff’s Office said it was looking for victims in an ongoing “ritualistic child sex abuse and child sex trafficking investigation.”

The next day Leavitt held a press conference, claiming the investigation was based on debunked claims and suggesting the press release the office sent was a political attack on him ahead of the election.

Leavitt also accused the sheriff’s office of releasing a document naming him and his wife as suspects in the investigation.

Smith responded with a press conference of his own 90 minutes later where he denied the allegations against him and his office and refused to step down. He accused Leavitt of using his authority to bully and district from an ongoing investigation.

A week later, county commissioners wanted to investigate who released the document naming Leavitt. They added it to the agenda but ultimately struck it down due to the language used.

One week later they again added it to the agenda and discussed it in a closed-door session.

Again, commissioners opted to strike down the motion to investigate, but this time it was because they learned the document in question had been circulating since March 2020, thus an investigation was not needed.

Three citizens spoke at the meeting, including a woman who cautioned the commissioners to stay open to new information that may warrant a review.

“Being in the middle of an election right now and having this stuff come up is really terrifying for voters as you can imagine,” she said.

Another woman said during public comment that she was disappointed they had struck down the motion to investigate, arguing “it’s critical that the voters know the truth about what’s going on about all these ongoing investigations.”

100 Million People in America Are Saddled With Health Care Debt