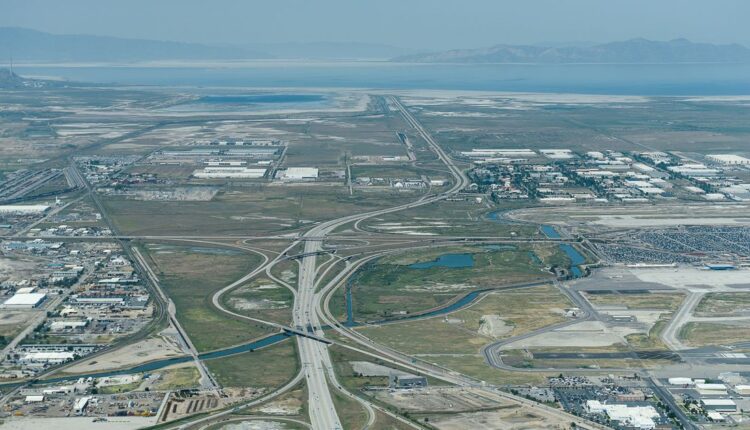 The Utah Inland Port Authority Board is about to vote on the formation of another board of directors charged with securing millions of bonds to improve rail access in northwest Salt Lake City.

The board examines a batch of resolutions, pledges, and documents that would form a public infrastructure district (PID) capable of issuing bonds and collecting property taxes, but property owners within the district must be included on the board. If approved, PID could spend up to $ 150 million to build the heart of the port, according to a draft resolution. Projects funded with this money would include a giant truck-to-rail transshipment facility, new rail lines and a workers’ building in 40 to 60 acres within the inland port, according to Executive Director Jack Hedge.

“This is a very good tool,” Hedge told The Salt Lake Tribune on Friday. “We are very happy about it, because we will finally start some projects that will be beneficial for the region.”

The $ 150 million is a “total capital limit” imposed by the port authority.

The board previously approved a $ 40 million budget in June to fund projects like the transshipment facility – despite protests and complaints about a lack of transparency.

The budget items were vague, including $ 24 million allocated to “Site Improvement / Infrastructure”. The Tribune previously confirmed that approved spending of $ 1.5 million was on “land lease” related to the terminal.

The directors of the board held back the decision on the formation of the PGD at their regular meeting on Wednesday, but chairwoman Nicole Cottle said they would hold a vote “in the near future”.

“We’re not going to wait for the next quarterly meeting,” said Cottle.

Would it be better for the air?

Hedge has spoken out in favor of setting up railway lines and loading facilities in the inland port in order to switch the transport of goods through the area from trucks to trains. He told board members that rail is necessary to reduce air pollution from trucks and traffic jams, as the amount of goods transported through the state is expected to double by 2045.

“Every single wagon that we can add brings three trucks off the road,” Hedge told the board on Wednesday. “… For each of them there is not only a decrease in traffic, but also a decrease in [emissions] as.”

The planned workers’ building would include a kitchen and a daycare center to cater to the people employed in the inland port.

If approved, the PID would have its own board. Members include three or four landowners who are included in the district as their property taxes are used to repay the bonds.

“I can’t reveal who they are,” said Hedge, “because we don’t have the agreements yet.”

An administrative document provided to board members with an “First District Boundary Map” shows the PID as a strip of land passing north from a Union Pacific Intermodal site, south from 1100 South, west from 5600 west, and east through a vacant lot along 4800 West.

The remainder of the PID board would include members of the Port Authority’s existing committee.

Hedge added that there are no plans to collect taxes to fund the port’s PID projects.

“We are not asking taxpayers to step up,” he said. “This comes from an existing part of the tax hike on these properties.”

The Port Authority has 11 members appointed by bodies such as Salt Lake County, the Utah Legislature, and the Governor’s Office.

A lawsuit from Salt Lake City currently on the Utah Supreme Court argues that the inland port is unconstitutional. Legislation creating the Inland Port Authority gives it 75% of the site’s property tax money, while 25% goes to Salt Lake City.

Seed added that the money for upgrading the rail line in the port is a public subsidy for rail companies.

“This is alarming,” said Seed. “There are many, many layers of it that should concern any taxpayer.”

The coalition members are also reluctant to accept claims by the port authority that the planned expansion of rail capacities should reduce truck traffic. Earlier this year, the ports board approved agreements with the Port of Oakland and Port of Long Beach that would transfer cargo from trains leaving California to trucks in Utah.

“We’re getting containers that we normally wouldn’t get,” said Seed, “because it’s about reducing traffic jams in California and getting them here. That’s the whole trick to getting it into our community. “

Hedge told The Tribune that the PGD projects would not cause a “net increase” in cargo to Salt Lake City, but said the amount of shipping will naturally increase over time as the population grows.

Port officer James Rogers, who also represents the area including the inland port on Salt Lake City Council, said he was still reviewing documents that would make up the PID and determining whether that would be a net benefit or a disadvantage to the city.

“I know it’s all about making the port look bad, but I think there are ways we can do something,” said Rogers, “especially for us West Siders.”

Georgia Eyes New Medicaid Contract. But How Is the State Managing Managed Care?

Why At-Home Rapid Covid Tests Cost So Much, Even After Biden’s Push for Lower Prices