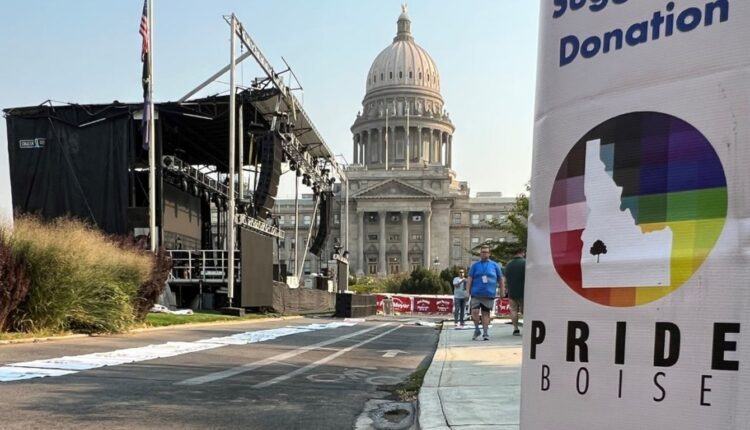 The Utah LGBTQ+ Chamber of Commerce has moved its annual economic summit from Zions Bank’s Salt Lake City headquarters after the financial institution pulled its sponsorship from the Boise Pride Festival earlier this month.

What’s happening: Idaho Republican Party Chair Dorothy Moon previously called on the public to contact sponsors to pull their support from the festival due to youth programming at the event.

Details: Far-right supporters criticized the festival’s youth events — drag story time and a drag show that involved children who had permission from their parents — with Moon alleging the events sexualized children, the Idaho Capitol Sun reported.

Between the lines: Detractors of the LGBTQ community have wrongly and harmfully linked homosexuality and non-heterosexual behavior to pedophilia, Pitts said.

What they’re saying: In a statement to Axios Salt Lake City, Robert Brough, executive vice president of marketing and communications at Zions Bank, said the primary reason for pulling its support from the festival was employee safety concerns.

What’s next: For now, Pitts said the chamber was not severing ties with Zions Bank and planned to have discussions with the organization moving forward about its support for LGBTQ communities.

Buy and Bust: After Platinum Health Took Control of Noble Sites, All Hospital Workers Were Fired