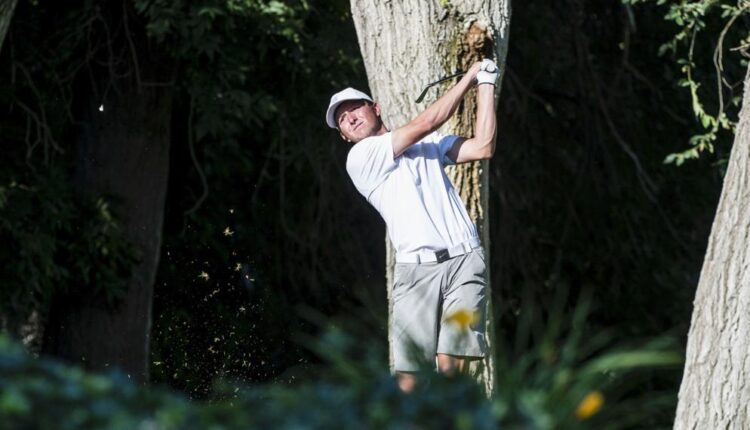 Several other northern Utah golfers suffered heartaches at the 123rd Utah Men’s State Amateur Championship as Rounds of 32 and 16 were played Thursday at the Alpine Country Club in Highland.

But two golfers from the region took two wins each, ranging from solid to convincing, and they will compete in the quarter-finals on Friday at 7:30 a.m.: Luke Crapo from Ogden Golf & Country Club and Kelton Hirsch from Oakridge Country Club (Farmington) .

Each won a win over a Park City golfer in the round of 32.

Crapo, a former Weber State (2016) and Davis High golfer, defeated Colton Tanner 3 and 1. Crapo went back to a hole after Tanner won the 13th, but Crapo won the 16th with a 2 and took off then 17th to win the game.

Hirsch, a former Viewmont High golfer who just finished his senior year at BYU (and is the 2017 State Am champion), came in from behind to win a match 3 and 1 from Justin Shluker. Shluker led from holes 5-12, but Hirsch won three straight from 13-15 to go 2-up and won the 17th hole to win the match.

Crapo then defeated Denny Job 6 and 4 on the round of 16. After being 1-up through seven holes, Crapo won five straight holes and finished on the 14th.

Stag defeated Cedar City’s Leo Torres 3 and 2. Stag won hole 5 to tie the match where it then remarkably remained seven holes in a row. Hirsch then won 13-15, and a halved hole to 16 meant Hirsch decided the lead.

Jack Sargent (Davis High) suffered a heavy loss in the round of 32, losing 2 and 1 to Carl Jensen on Jensen’s home course after the match was tied or Sargent 1-up from holes 1-13.

Two Valley View (Layton) golfers, Reed Nielsen and Cameron Tucker, were eliminated in the round of 32 when they lost a playoff hole. Tucker was 5-up with five holes to play before Fox Hollow’s Brock Goyen won six consecutive holes to win the game.

Among the golfers in Northern Utah

Among the golfers in Northern Utah

The full results can be viewed online at uga.org