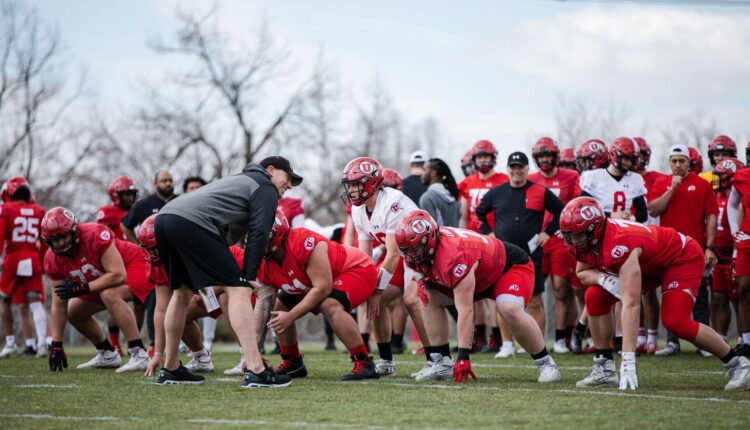 As the Utah Utes’ monthlong spring football period is just past its halfway point, a backup offensive lineman has announced he has entered the NCAA transfer portal.

On Friday night, Luke Felix-Fualalo announced via Twitter that he is looking to continue his career elsewhere.

My playful .GIF may have been unclear so yes, I have officially entered my name into the NCAA Transfer Portal. Thank you Utah Football and all of you wonderful fans for everything! I will always be a Ute at heart ❤️

UteZone’s Steve Bartle had reported on Thursday that Felix-Fualalo had entered the portal.

Listed at 6-foot-7 and 310 pounds, Felix-Fualalo arrived at Utah in 2019 with a unique backstory. A native of Australia, he moved to the United States and first started playing football in 2017 in California.

Felix-Fualalo wound up finishing his prep career at the nationally renowned Mater Dei High. He chose to commit to the Utes over scholarship offers from nearly half of the Pac-12 Conference.

Felix-Fualalo wasn’t able to make a significant impact on the field in Salt Lake City, however, as he appeared in just 11 games in three seasons.

In 2021, he played in seven contests, all on special teams.