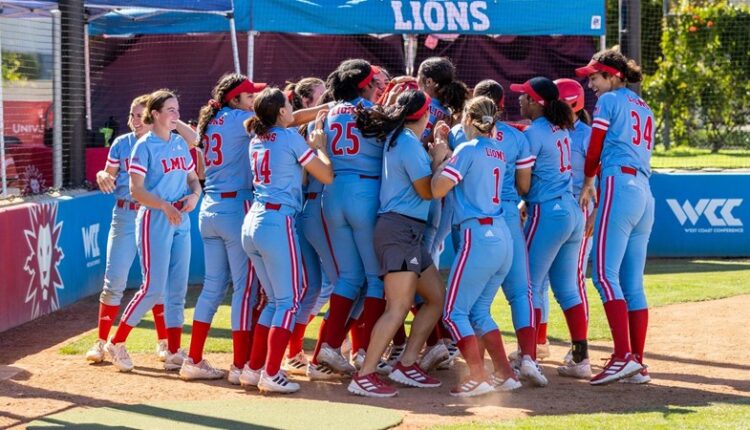 PROVO– The Loyola Marymount University softball team (24-13) defeated the BYU Cougars in Game 3 of the WCC series, 1-0, winning the series for the first time since 2015.

The Lions were in a fight with the Cougars early in the match, as the Cougars got the first hit of the game in the bottom of the first inning.

The first hit for the Lions came in the top of the second inning, as Val Pero hit a single up the middle but was unable to produce a run out of it.

The game was tight with no runs scored through the first four innings, as the Lions would hold the Cougars to just one hit in the entire game.

It wasn’t until the top of the fifth inning when the Lions were able to get the game winning run, as Megan Dedrick hit an RBI sacrifice ground out to the pitcher, bringing in pinch runner Madalie Gomez.

The Lions won the three-game series and now look to finish out the conference to possibly get a bid in the NCAA Regionals tournament.

The Lions finished the game with six total hits to the Cougars, one hit. Val Pero went 2 for 3 at the plate, producing the game winning RBI. Alyssa Daniell and Jasmine Sofowora both went 1 for 2 at the plate, as Sofowora hit a nice double for the Lions.

The Lions will continue their WCC road trip to Moraga, Calif for a three-game series with the Saint Mary’s Gaels. The first game will be on Friday, Apr. 15 at 2:00 pm PST. The following two games will be held in a double header on Saturday, Apr. 16 at 12:00 pm and 2:00 pm PST.