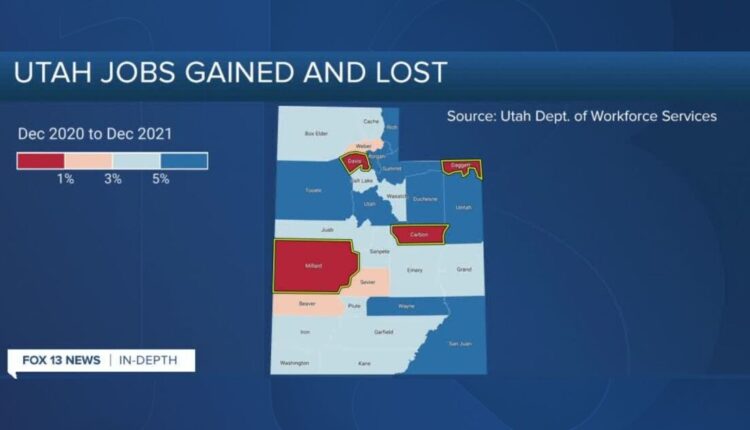 The new numbers once again show that workers have more control of their work. Fifty-four percent more Americans were forced from work 12 months ago. Forty-six percent more workers left jobs by choice this past January.

The Utah Department of Workforce services provided the employment picture county-by-county in late January. On the map below, the dark blue counties saw a 5 percent or greater increase in the number of people employed. The four red counties either lost jobs or saw no increase. Notably, Utah’s third most populous county, Davis, lost a few hundred jobs from December 2020 to December 2021.

Using the same comparison across all counties, only Summit, Salt Lake and Grand counties have significantly larger shares of jobs than people. Cache County is at almost zero percent.