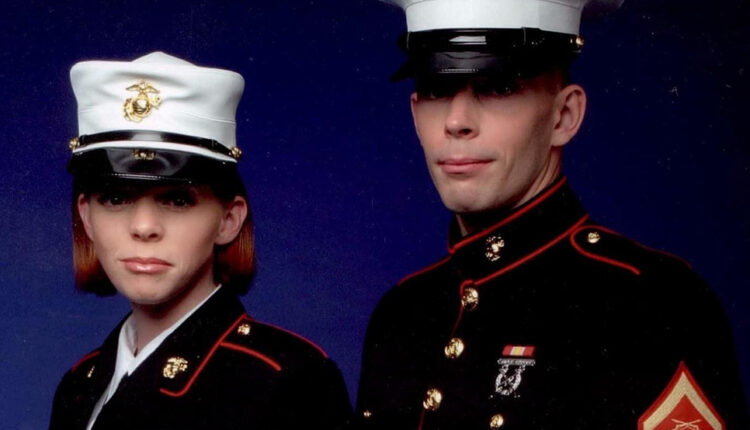 The University of Utah honored eleven Utah veterans on Veterans Day. The group was selected from nominations from across the state.

Julia Carlson is one of the honored. She spent 22 years in the Marine Corps and has since continued a life of service.

Growing up, the Provo native participated in shooting competitions.

“I started shooting when I was 16. I always went hunting with my father.”

Her natural talent was first seen on a hunter safety course. It was their first shooting, and the instructors were impressed by how closely their shots were clustered on the paper target.

It has received five international titles, more than 40 national titles and countless other awards and accolades. But one of her proudest titles is Marine Corps Veteran.

“Some of my fondest memories were just being part of something bigger than myself. Serving my country, traveling to Iraq and Afghanistan. Places to see, to help people wherever we went.”

It was her background in shooting competitions that sparked her interest in serving her country.

“I was introduced to the rifle teams at the national championships. And I was really impressed with their skills, the way they behave.”

Carlson enrolled her senior year of high school and trained as a machine mechanic. She eventually earned her place on the Marine Corps Shooting Team, where she served as a competitor and instructor.

“One of my favorite things to do is teaching marksmanship. And helping Marines and other marksmen improve their skills and get better.”

In Iraq and Afghanistan, Carlson helped local women with economic development, education, and communication. And after 22 years in the Marine Corps, her service life didn’t stop there.

“It is important to give something back. This land and my opportunities have given me so many blessings. “

She started a program, Doc & Gunny’s, that helps veterans through the arts. They support veterans, military personnel, and first responders past and present through community partnerships and funds raised from candy sales. Carlson also volunteers helping veterans clean, navigate the courts, and heal. She says the veteran community, especially in Utah, is family.

“Take care of your neighbors and make sure you thank them when you have a veteran around you.

Carlson’s accomplishments include being named Sportswoman of the Year for the Marine Corps. She is one of four well-known female Marines who have received both the Distinguished Rifleman Badge and the Distinguished Pistol Shot.

Researcher: Medicare Advantage Plans Costing Billions More Than They Should