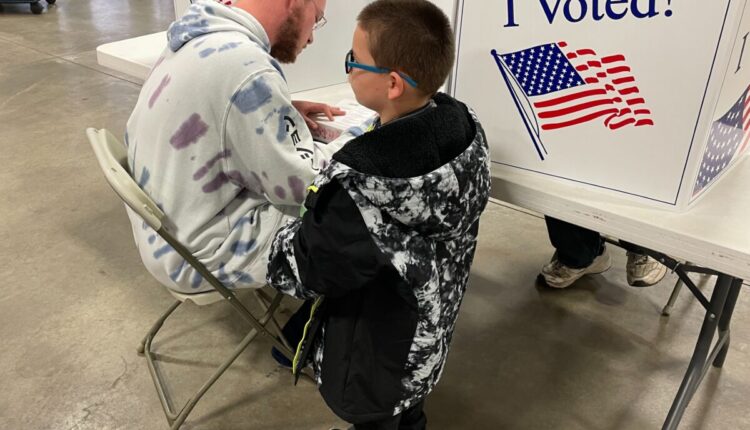 Dillen Reynolds fills out a ballot at the Weber County Fairgrounds in-person voting site in Ogden on Tuesday, Nov. 8, 2022, while his son Teigen looks on.

OGDEN — A new member will be joining the three-member Weber County Commission.

Republican Sharon Bolos was headed to victory in the race for Seat B on the County Commission, easily outdistancing Libertarian hopeful Brian Rowley. Scott Jenkins now holds the post, thus Bolos, who served as West Haven mayor for two terms, would represent new blood on the body.

In the race for Seat A on the County Commission, GOP incumbent Gage Froerer, vying for his second and final term, easily outpaced Democratic challenger John Thompson, according to partial results released Tuesday evening, still unofficial.

There were contested races for two posts on the Ogden school board and one on the Weber school board. Here’s how those races were shaped up:

In the days to come, Weber County election officials will count outstanding ballots and add them to the preliminary totals before finalizing results.