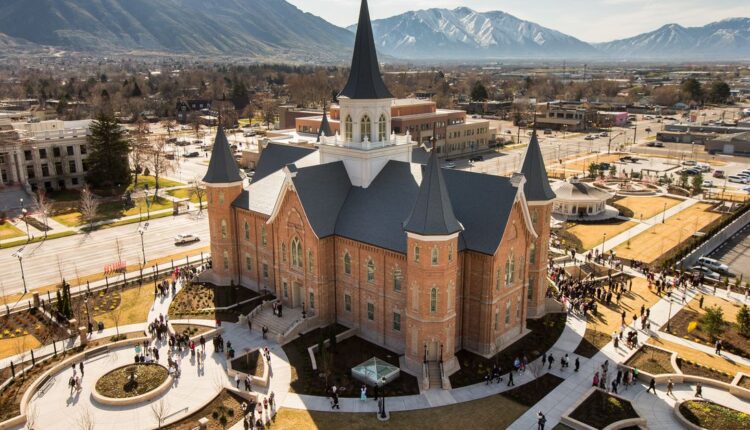 When will Latter-day Saint temples open? 60 moving to next phase

In one of the biggest steps toward reopening temples since the COVID-19 pandemic began, Latter-day Saints’ Church of Jesus Christ is moving 60 temples to Phase 3 in the coming weeks and months, according to a statement by the Church on Tuesday.

In Phase 3, a temple is reopened to offer all living ordinances and limited power of attorney ordinances for the dead by appointment.

The announcement will more than triple the number of temples to reach the third stage of reopening and will include all 17 operating temples in Utah. The vast majority of temples involved in Tuesday’s announcement are in the United States. (See the full list below.)

Specific dates for each temple’s transition to Phase 3 have not been released, but are expected to take place in June and July. Members will be notified by email when the online reservation system is activated for their respective temple.

The news was particularly “meaningful” to Kevin Bake in Idaho Falls, Idaho. As the bishop and leader of his ward, Bake has updated or issued new temple recommendations – a document that states that a member is in good standing and qualified to enter the temple – for many members who have not visited the temple in a while Temples were closed.

“I think that experience helped us all realize how special the temple is,” said Bake. “We look forward to this opportunity as soon as we get the chance to return.”

The Kansas City Missouri Temple was the first in the continental United States to achieve this level. Attending requires more planning ahead than before and there are fewer people, but it is well worth the effort to be in the temple, said Latter-day Saint Sean and Vivian Foley, who live across the street and serve as clerks.

“It was just wonderful to have it all open again, although there are still a lot of restrictions and guidelines and so on,” said Sean Foley. “It brought great light back into our lives.”

News of the Phase 3 adjustment comes 14 months after the Church closed all temples on March 25, 2020 to help slow the spread of COVID-19.

The 60 temples that move in phase 3 are:

The temples in Salt Lake, St. George, and Mesa, Arizona are closed for renovation but will be given Phase 3 status so members residing in those temple districts can use the online scheduling system to schedule an appointment at the nearest operating temple.

The news sparked anticipation among Latter-day Saints who had neglected to visit the temple during the pandemic.

Taralyn Parker, who lives near the Payson Utah Temple, found out about the announcement shortly before participating on a Zoom call with friends to discuss nothing but temple work and family history. She took the news to friends in Cedar City, Utah and Rexburg, Idaho. The group immediately began to check whether they could book appointments.

“When we lived in Utah and had so many temples around, it was easy to take this for granted before COVID,” said Latter-day Saint wife and mother of four. “Now that we haven’t been to the temple much for a year, I’m just excited. It’s a place of rest and comfort for my family. Can’t wait to do all of this family history work that has built up. “

Church members in Alexandria, Louisiana, a two-hour drive from the Baton Rouge Louisiana Temple, expressed hope to open the temple this past weekend, said Becky Coleman, a Latter-day Saint who lives in the city.

“I think it’s great,” she said. “It’s nice to see things return to normal. I know there are a lot of people in my church who are really excited. ”

The first two US temples to achieve Phase 3 status were the Kona and Laie Hawaii Temples on March 15.

The Kansas City Missouri Temple moved into Phase 3 on May 10th.

That day, members in the temple district received an email with the good news.

“There was a lot of excitement, a lot of texting with different people,” said Sean Foley.

Since then, the couple has been able to make appointments with other members and carry out a large number of power of attorney ordinances for deceased ancestors. When someone gets an appointment, a concerted effort has been made to maximize every opportunity, Foley said.

“There’s a hard cap of 12 so people do a good job of posting on the community’s Facebook page or texting others to make sure they are taking all they can and to make sure people have the opportunity to go, “he said.

One part is different. Prior to the pandemic, temple guests printed cards with an ancestor’s name and other information necessary to carry out ordinances. After recording and processing, the cards were returned. To minimize card handling, temples are no longer returning cards. Members should reprint cards or prepare new names every time, Foley said.

The most “noticeable” part is being back in the spiritual atmosphere of the temple after such a long time. Permission not to serve there has embedded a new appreciation for the temple experience in Foley’s heart.

“To let the memories come back, the experiences of the past, to be able to relive that for everyone after such a long break and after such a difficult year, was really wonderful.”