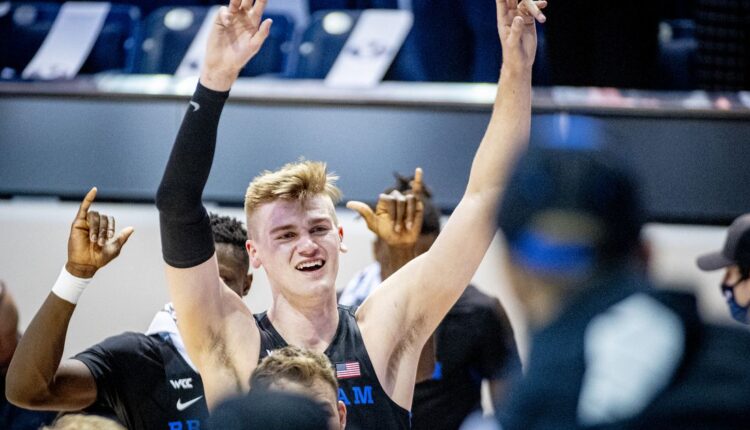 Will Matt Haarms stay at BYU for one more year? The 7-foot-3 center finally gives his answer.

Haarms moved to BYU from Purdue last April, where he had played for the past three seasons.

Ever since Matt Haarms signed to BYU men’s basketball last April, he had one thing for sure: he would only play Provo for a year. That is, until the season came to an end.

The Purdue transfer was adamant that it would not change its mind throughout the season, even after the NCAA essentially turned this year into a giveaway and frozen eligibility for fall and winter athletes due to the pandemic. But something changed after the Cougars were eliminated from the NCAA tournament in the first round.

However, it seems that he has now made his final decision.

“… while my year here at BYU was one I will never forget, it is time for me to move on to the next chapter of my life,” Haarms said in an Instagram post on Friday. “After talking a lot with those I trust, I’ve decided to forego my final year of eligibility and step into the NBA draft.”

In its lonely year at BYU, the 7-foot-3 center averaged 11.3 points at 54.6% off the field, five rebounds and 1.1 assists while averaging 23 minutes on the court. Haarms was the third best shooter on the team after seniors Alex Barcello and Brandon Averette.

Averette previously said goodbye to Cougar fans as well as fans from Utah Valley and Oklahoma State, thanking them for supporting him in his college career.

Barcello has yet to announce if he’ll be back.

It seems that the chance to begin his professional career outweighed his return.

“I could never have imagined how difficult it would be to say good things to the BYU community,” said Haarms. “From the day I got involved here, I have been hugged by both my teammates and the entire community and I will be forever grateful for my year in Provo.”

For fishing: give a person a fish … | Outside