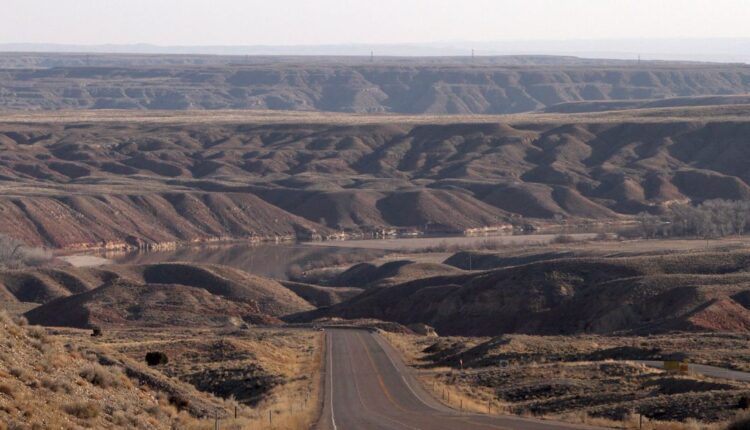 The Eastern Utah Regional Connection Project would cut travel times between Vernal and Moab, but critics doubt its motivations.

(Rick Egan | The Salt Lake Tribune) Another planned highway that would cut through the Book Cliffs in Grand County and join State Road 45 south of Vernal is being considered, as pictured here.

The Book Cliffs Highway, also known as the Eastern Utah Regional Connection Project, would connect the Vernal area of ​​northeast Utah to I-70, reducing travel times through the region.

“We consider this road to be of regional importance and importance,” said Mike McKee, executive director of the Seven County Infrastructure Coalition. “We don’t have a really good north-south connection and that’s what this road does.”

At a meeting last week, the coalition passed resolutions increasing a $ 1 million contract with CIVCO Engineering to $ 2.8 million. The company will produce an environmental analysis of the project which will be used to assist the Bureau of Land Management in preparing the required environmental impact statement.

Grand County, where most of the construction would take place, is not part of the seven-county coalition, and district officials are opposed to the project, which they believe is costly, unnecessary and raises environmental concerns.

“I think it’s pretty rude and disrespectful for the Seven County Infrastructure Coalition to propose a highway in Grand County,” said Grand County Commissioner Kevin Walker, who sits on several regional transportation committees. “There is no attempt on their part to work together because they know we are against it.”

The Book Cliffs Highway has been a focal point in the region for over three decades. It was proposed in the 1980s as a way to cut costs for oil and gas companies looking to develop fossil fuels in southern Uintah County.

But McKee, who served on the Uintah County Commission for 14 years, said this was a “misrepresentation” of the current motivations behind the project. “Maybe it was right once, but I don’t think so anymore,” he said.

McKee argued that oil companies would be far more likely to take advantage of a planned – and equally controversial – railroad project in the Uinta Basin that could quadruple oil production in the area if it overcomes pending lawsuits from environmental groups.

“I’m not going to say that there never would be[n oil] Truck that would go up or down the road because highways are open, “he added,” … but we see this road as a travel and tourism route. “

McKee said the road would bring more business to Utah as tourists travel from popular destinations like Arches and Canyonlands National Parks to lesser-known recreational areas like Flaming Gorge Reservoir and Dinosaur National Monument instead of taking what is currently the fastest route through western Colorado .

According to CIVCO Engineering, the route preferred by the developers would cut the current 3-hour and 40-minute journey between Moab and Vernal by 36 minutes. Several routes for the project are still being considered, however, and Grand County Commissioner Sarah Stock estimates the project could save only about 20 minutes based on an analysis of a 2014 report by the Utah Department of Transportation.

With an estimated cost of between $ 200 and $ 400 million for the 35-mile highway and limited likely tourist traffic, Walker questioned the economics of the project.

Over the past few years, it has been difficult given the number of less controversial Utah highway projects awaiting funding, but McKee said President Joe Biden’s proposed infrastructure design could fund the project.

Deeda Seed of the Center for Biological Diversity, who believes oil and gas interests are still driving the project, is skeptical. She said the $ 2.8 million in taxpayer dollars used on the environmental analysis is likely to be wasted in Utah.

“How likely do we think it is that the Biden government,” Seed asked, “which has made tackling the climate crisis a priority, will sign a grant to build a highway, the main purpose of which is to help the fossil fuel industry . “, And would it also devastate one of the largest areas in the Lower 48 without a motorway as a result of its development?”

The Book Cliffs, she added, are “a critical habitat for wildlife and an ecologically very special place”.

According to a report by KUER, the project has also met resistance from landowners along the proposed route.

But McKee said critics are too quick to beat up the proposal. He encouraged the public to learn more about the project and to pay attention to the public comment period that will be part of the environmental impact statement.

“It is a fully public process where people on all sides can express their positions and opinions,” he said. “That is what this process with the EIS is about – about the transparency of the public process.”

Zak Podmore is a member of the Report for America Corps for the Salt Lake Tribune. Your donation, which is equal to our RFA grant, will help him write stories like this one; Please consider making a tax-deductible gift of any amount today by clicking here.