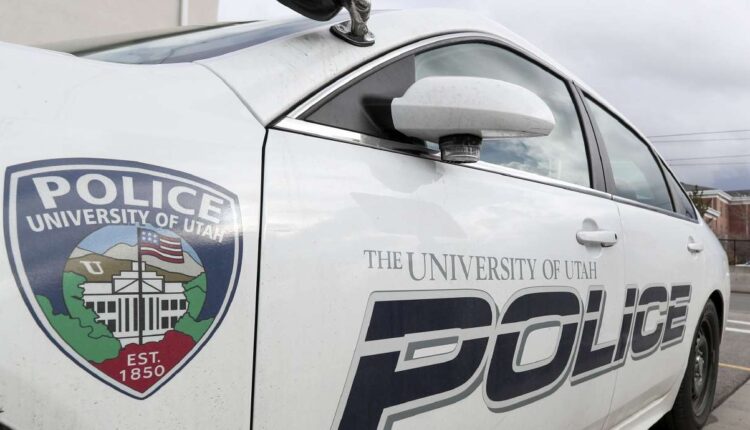 1 arrested after hidden cameras found in bathrooms at U. campus

University of Utah police are investigating after two cameras were found in bathrooms in the Student Life Center on campus. (Steve Griffin, Deseret News)

SALT LAKE CITY — University of Utah police are investigating after two cameras were found in bathrooms in the Student Life Center on campus.

On Wednesday, “a patron found a camera taped under a sink in a third-floor all-gender bathroom and brought it to the front desk. Staff called University Police, who took custody of the camera and searched restrooms throughout the building. A second camera was located in an all-gender bathroom on the basement level,” John McDonald, director of the Eccles Student Life Center, said in an email to the campus community.

Police also found tape “which may have attached a third camera” in another all-gender restroom, according to the email.

Officials said police are working to access the images and recordings on both of the cameras. A person suspected of placing the cameras in the bathrooms was identified and arrested by police, the email states. That person’s name was not immediately released.

“I know that this information is upsetting and disturbing. Many of our patrons will feel victimized and violated by the perpetrator who installed these cameras in what are supposed to be private and safe areas of our recreation center. Please know that university leaders share your outrage and will do everything in our power to hold responsible the person who destroyed our sense of safety and community,” McDonald said.

He urged those impacted by the incident to contact victim advocates with the Center for Student Wellness at University Safety.

Police have searched all restrooms and locker rooms in the student center and did not find additional cameras or tape, according to the email.

“I want to assure all employees and patrons that going forward, staff will continue to check under sinks and countertops throughout restroom and locker spaces to make certain no cameras have been installed,” McDonald said.

Anyone who sees anything suspicious in any of these restrooms or other spaces in the Student Life Center is asked to call U. police dispatch at 801-585-2677 and mention case number 22-3275.