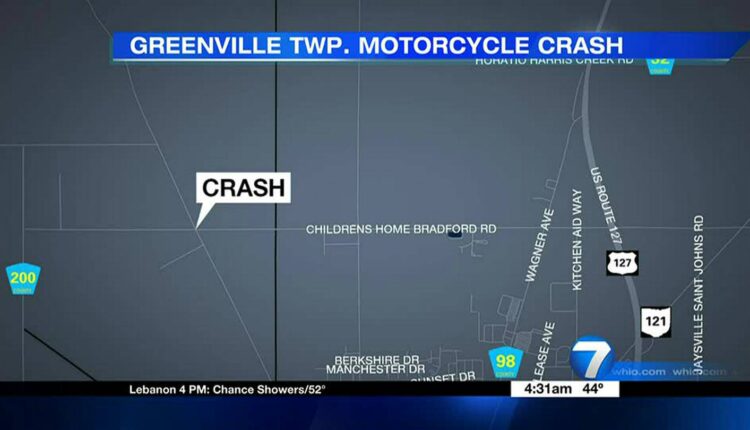 DARKE COUNTY — One person is dead and another person was taken to the hospital after a crash in Darke County Wednesday night.

Crews were called to a crash at the intersection of State Route 49 and Children’s Home-Bradford Road just before 9:30 pm

An initial investigation found a car driven by Gregory McEldowney, 48, of Ft. Recovery was traveling on SR-49 when he was making a left turn onto Children’s Home-Bradford Road he hit a motorcycle driven by Christopher Hughes of Vernal, Utah head-on.

>> ‘He came at me,’ 911 caller says he shot teen in self-defense; homicide investigation underground

Hughes was thrown from the motorcycle and pronounced dead at the scene, according to a release by the Darke County Sheriff’s Office.

Hughes was wearing a helmet, according to the release.

McEldowney was taken to an area hospital for possible injuries. Its current condition was not included in the release.

The crash remains under investigation by the Darke County Sheriff’s Office.