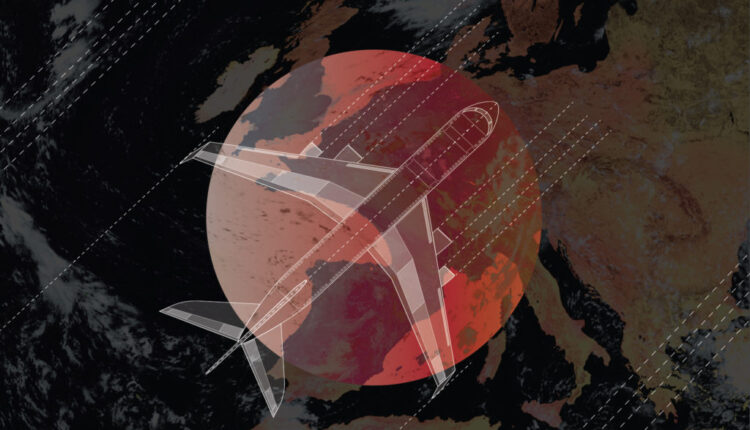 Is the Continent’s Hot Vaxxed, Ready-to-Travel Summer Melting Away?

Note From the Editor

We’d like to welcome Jay Shabat, one of Airline Weekly’s founders, back to the team. Jay’s historic and institutional knowledge of the industry, on top of his analytical and data skillsets, will build on the in-depth and authoritative reporting you know and expect from Airline Weekly. Please help us welcome him back.

Pushing Back: Inside the Issue

Canceled flights, lost bags, and industrial action are all becoming the European travel story of the summer. Staffing, whether it’s at airports, air traffic control organizations, or airlines, is the main cause for operational woes that are hitting some of the continent’s busiest airports, from Amsterdam to Frankfurt and London. Add to that potential strikes and the situation only gets worse. But, as yet, airlines have yet to see any material financial fallout and, instead, seem to be benefitting from pent-up demand and high fares. We’ll see how long that lasts.

And the situation is not limited to Europe. In Australia, the country’s three busiest airports and its largest airline, Qantas, are warning of crowds during peak travel periods in July. The carrier is offering staff bonuses under the auspices of their hard work during the pandemic, but also just as it needs them most. Qantas has also trimmed schedules due to high fuel and to minimize potential disruptions.

And in the US, the pilot shortage continues to wreak havoc with American Airlines exiting four small communities — two of which lose their last connections to the global airline network. And SkyWest Airlines has a novel solution to expanding pilot supply and maintaining air service: start a new airline. No where you are: it’s going to be an interesting summer.

Are profits on approach for airlines in 2023? Edward “Ned” Russell and Jay Shabat discuss IATA’s updated outlook, and Director General Willie Walsh’s comments at the annual general meeting in Doha. Also, SkyWest Airlines has a novel approach to expanding the pool of pilots. Listen to this week’s episode to find out. A full archive of the ‘Lounge is here.

Late last week, FedEx reported financial results for the quarter ending in May and, for the second straight fiscal year, saw operating margins register at 7 percent, after adjusting for one-off accounting items. For just the May quarter, operating margin…

State of the Unions

Pilots at United Airlines are voting on a new labor accord approved by leaders at their union, the Air Line Pilots Association (ALPA). The two-year agreement includes an up-to 14.5 percent pay increase, eight-weeks paid maternity leave, and other quality…

Dubuque, Iowa, Islip and Ithaca, NY, and Toledo, Ohio, all have the unfortunate distinction of being destinations American Airlines will exit on September 7. An airline spokesperson cited the pilot shortage for the decision, though the significantly higher operating costs…

EasyJet is putting criticisms that it does not have the aircraft to play a major role in the reshuffling of Europe’s aviation market to rest with a deal to expand its firm aircraft order book by more than half.

Europe’s hot, vaxxed travel summer already appears in shambles. Staffing issues across aviation are prompting carriers to proactively cancel flights during busy July and August, flight caps are in place at three of the continent’s busiest airports and counting, and…