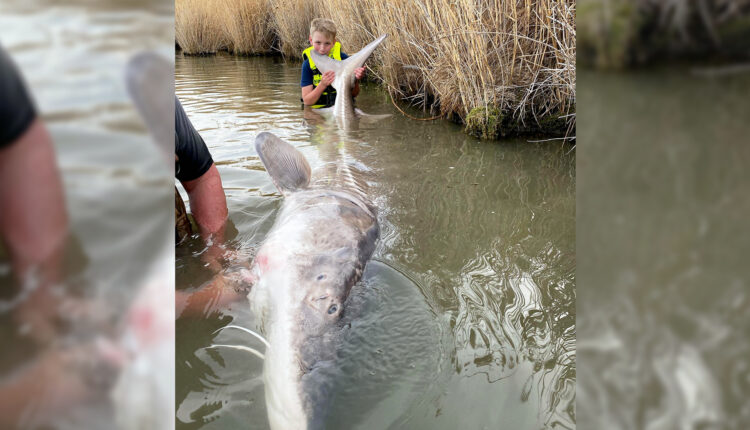 Tyler Grimshaw from Vernal, Utah, was with his father, Lance, on a guided fishing tour near Mountain Home in southern Idaho when he made the monumental catch. Fishing guide Joe Weisner, 36, had spent the earlier part of the day with a group of Sturgeon clients and met the boy and his dad, close friends of his, later that evening in late March.

Right out of the gate, Tyler snagged a whopper. “About a 7-foot sturgeon,” Joe told The Epoch Times, adding that Tyler, who’s been fishing for his whole life, has hooked “a ton of these fish.”

But apparently their fishing haul had just gotten started that day. About 15 minutes later, Tyler felt an elemental tug on the line.

The sturgeon is photographed jumping out of the water beside the boat. (Courtesy of Joe Weisner, Jones Sport Fishing)

“As soon as it was hooked, it jumped and I knew it was a really big fish,” recounted Joe, who works at Jones Sport Fishing. “I didn’t know how big it was; I just knew it was extremely big.”

Tyler fought the sturgeon for about 30 minutes when Joe realized it was truly exceptional. “Very rarely do I have fish go more than 30 minutes on a fight,” he said.

Twice more the river monster leapt from the water, one time jumping just 5 feet from the boat, which Joe said “was terrifying, because the fish was so large.”

Despite the 12-year-old’s meager 80 pounds, his considerable experience gave him an edge on the colossal bottom-feeder. Resting his rod on the gunnel on the side of the boat, he squatted on the rod, using his bodyweight as leverage.

They followed the sturgeon up and down the river for nearly an hour, until it ran out of steam and gave in.

“He did it on his own,” said Joe of the 12-year-old angler, who’s been in the news before for his massive catches. “It’s pretty fun to watch.”

After the successful struggle, the boy, his dad, and the guide broke out cameras and measuring tape to pose with the trophy catch and confirm the near record. 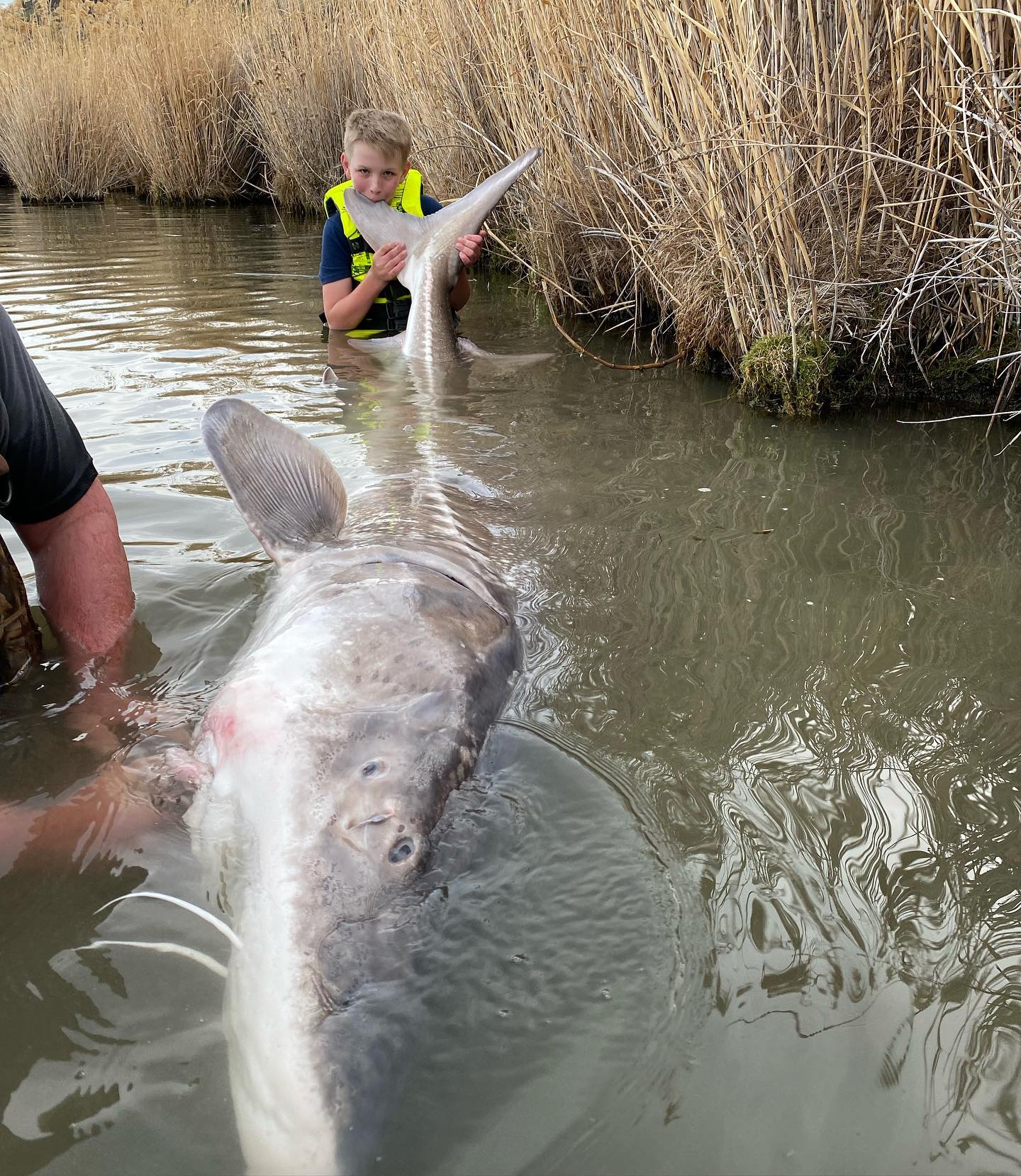 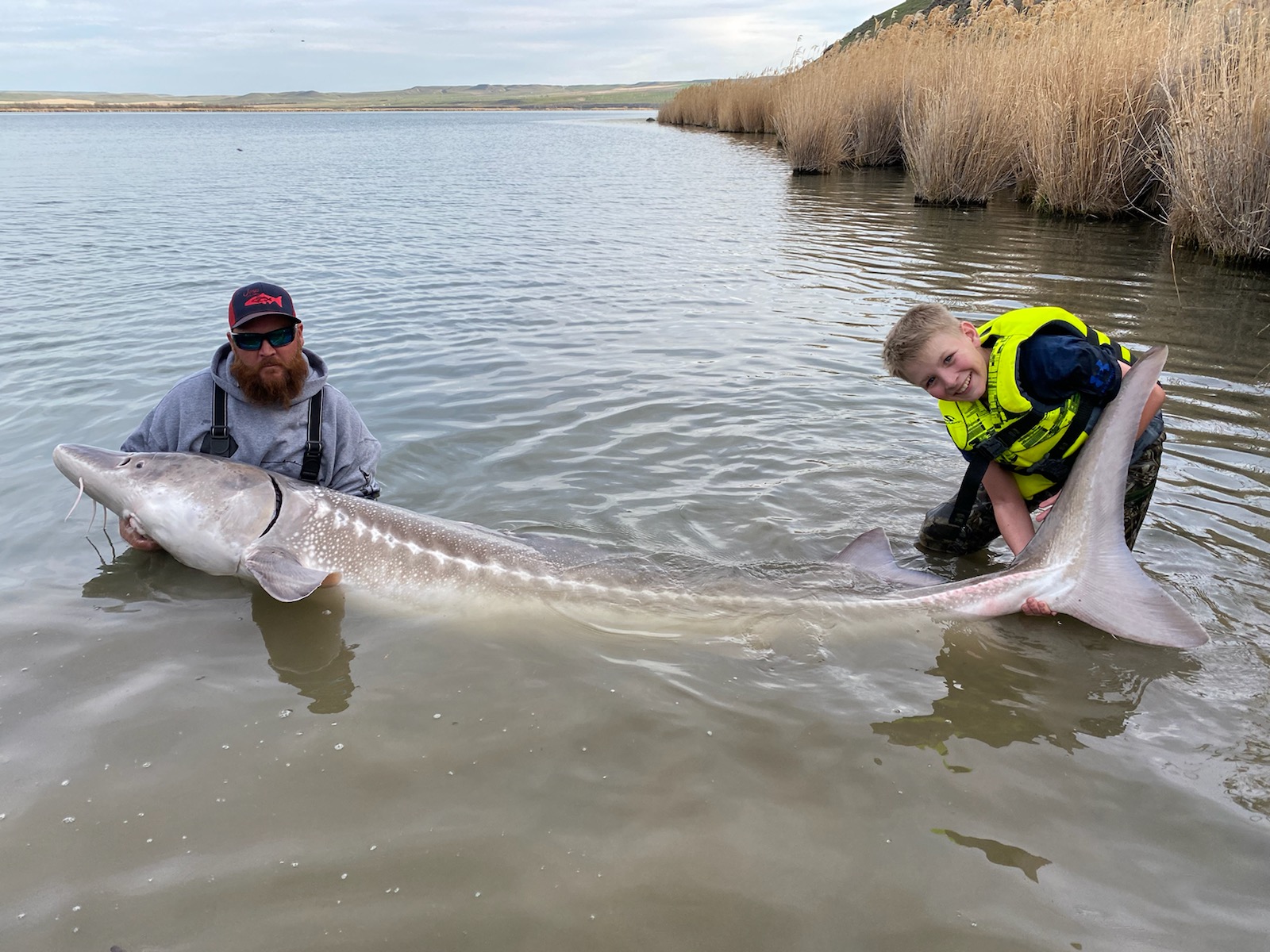 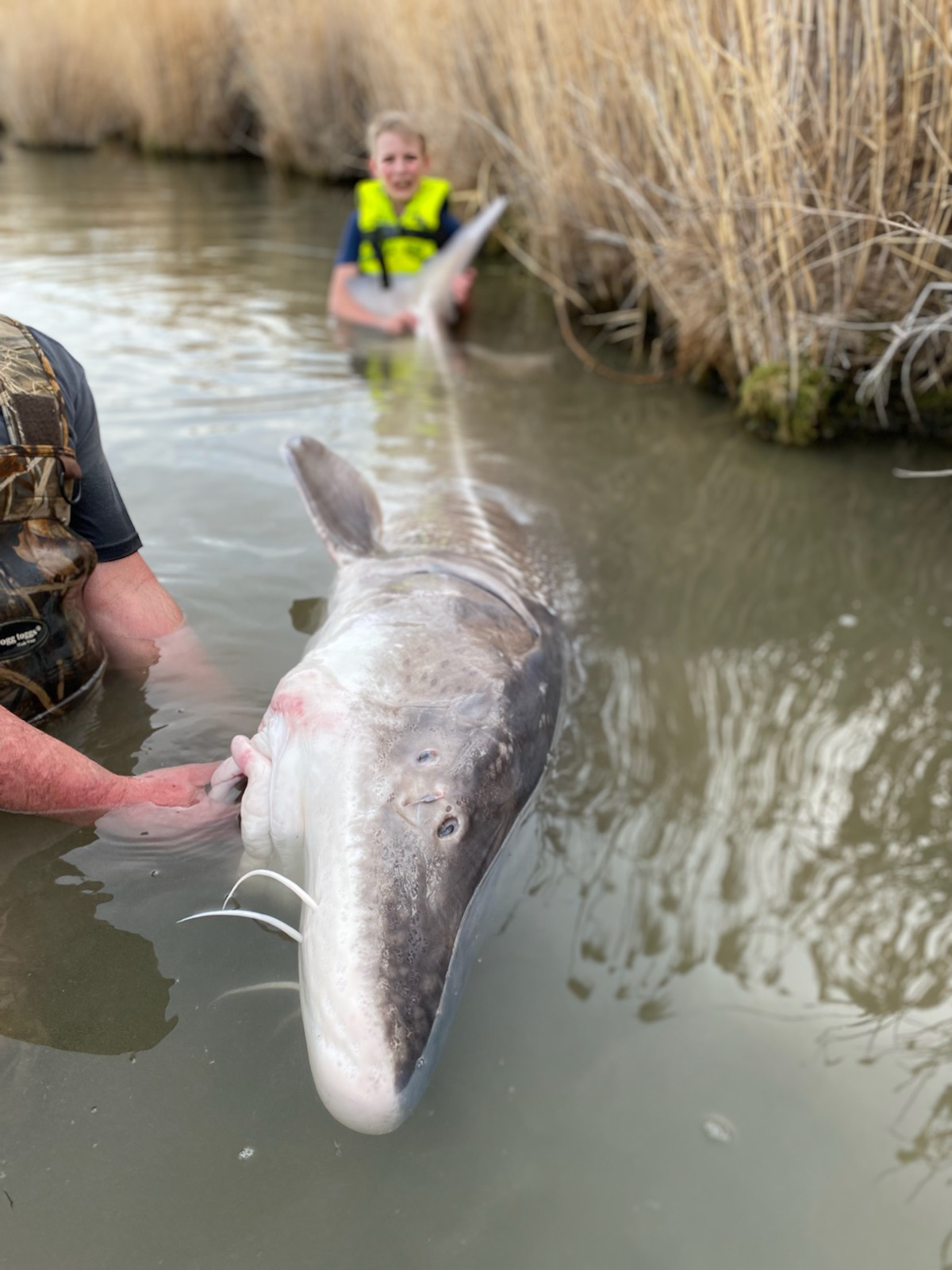 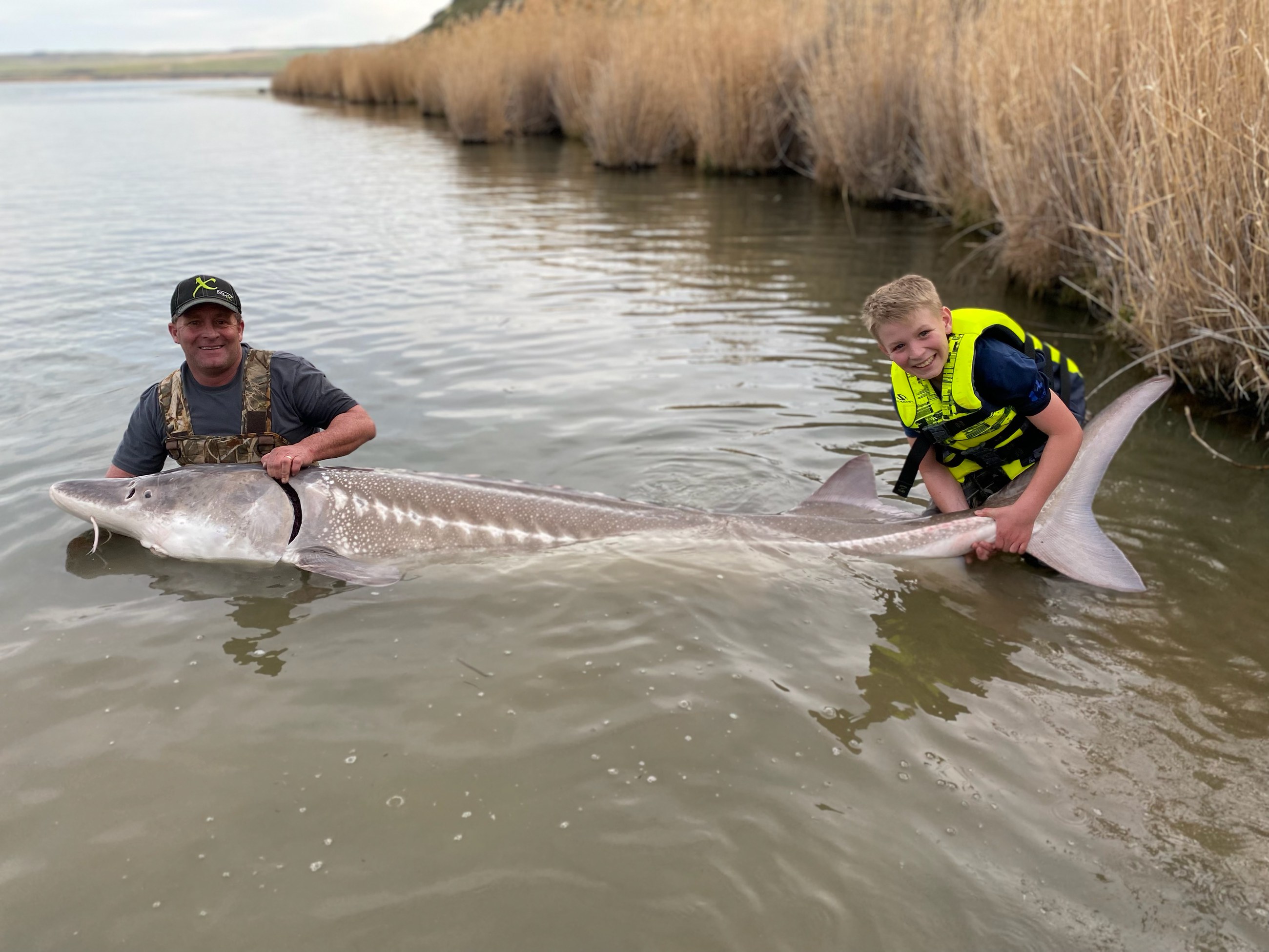 Due to state fishing laws, it’s illegal to pull a sturgeon from the water; harvesting is not allowed. So Tyler settled for tying the current Idaho state record for catch and release (The current state sturgeon record, a 675-pounder caught in 1908, will thus likely stand indefinitely).

Tyler’s catch measured 9 feet, 11 inches, from nose to tail tip, having a “massive girth” and weighing over 400 pounds. It was within a half inch of the record; though, according to regulations, it must exceed it by two inches to qualify.

But that doesn’t detract from the significance of the momentous catch, according to the guide.

“I’ve been fishing this section of the river for nearly 10 years,” said Joe. “We see hundreds and hundreds of these fish a year … this was substantially larger.

“This one was just a truly incredible, significant fish, a very rare fish for southern Idaho.”

The existence of the sturgeon tells him there are likely bigger specimens to be had by record-seeking anglers in the state.

Tyler is among them, for he’s hardly given up. He now sets his sights on exceeding his catch, quite possibly making that new state record a reality.

Share your stories with us at [email protected], and continue to get your daily dose of inspiration by signing up for the Inspired newsletter at TheEpochTimes.com/newsletter

For Many Low-Income Families, Getting Formula Has Always Been a Strain