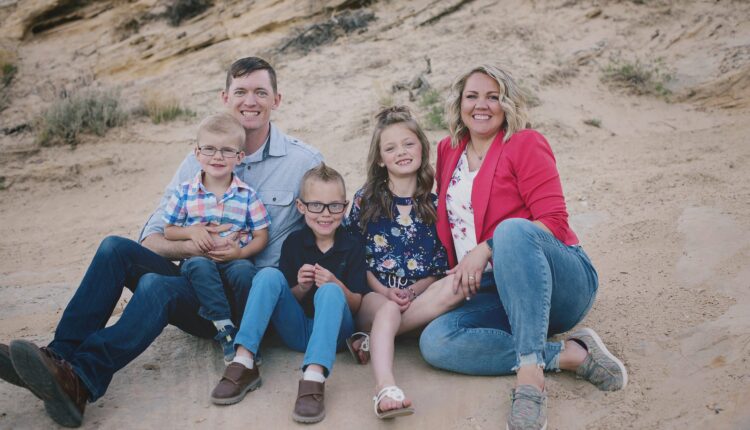 UINTAH COUNTY, Utah — When Taylor and Nichole Sorensen took their family to Dyer Park for the Memorial Day weekend, they had no idea it would turn into a search and rescue operation. But it did.

“I thought he had gone with Taylor,” Nichole Sorensen said.

“And I thought he had stayed back at camp,” Taylor Sorensen said.

It was early evening when the pair realized he wasn’t with either of them, and they started searching. It wasn’t long before Taylor found his son’s bike. But no sign of the boy.

It’s a moment the couple will never forget.

“Panic set in at that point,” Taylor said.

“I fell apart and I was like, where is he, then my next thought was, panicking and falling apart is going to do me nothing,” Nichole said.

Around nightfall, the couple called 911 and gathered the group of family and friends.

“We said a prayer and asked for help,” Nichole said. “And asked that we would be ok and that he would have people looking over him to make sure he was ok while we tried to find him.”

The Sorensens said dozens of volunteers arrived and started searching.

“It was just amazing to see the amount of people that drop everything just to come out and help,” Taylor said.

Josh Hill was one of the volunteers. He’s with Uintah County Search and Rescue.

“We were pretty confident that it was just a matter of time before we actually ran into him,” Hill said.

Still, crews were disappointed they didn’t find him before calling off the search around 3 am However, the good news came mid-morning on Saturday. Crews had spotted Parker, picked him up and he was OK. They brought the scared seven-year-old to his parents, in the search helicopter.

Nichole said watching that chopper land and waiting for him to get off seemed like “forever.”

“As he gets out and runs to us, it was, he had a big smile on his face, and we did too,” the couple recalled.

And, now, 48 hours later, the stories from his night, lost in the woods are starting to come out.

“He’s like, ‘Dad, ‘I saw a big group of elk, and they had big horns, it was really cool and I found some really cool fishing spot,'” Taylor said.

Parker was quiet and hungry when he was reunited with his parents and in true 7-year-old fashion, only wanted one thing to eat – a Mcdonald’s Happy Meal.

“We were like, don’t you want any other food? ‘Nope, I want McDonald’s chicken nuggets.’

Parker wanted to take his parents back to the “cool” fishing spots he found. So, Sunday they went back up to the area where he spent the night alone, only now it’s covered in snow.

Former BYU punter Andrew Mikkelsen delivers an MMA knockout, in a tradition that is becoming common among cougars