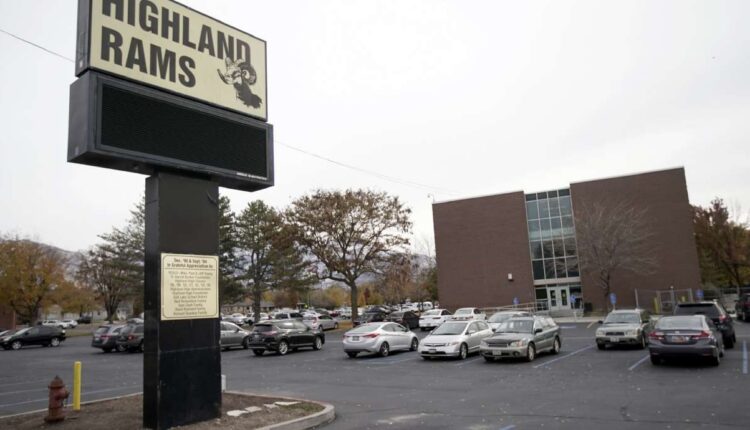 Two guns were found at Highland High School in Salt Lake City on Monday during a search of students’ backpacks as part of an undisclosed investigation, police said. (Kristin Murphy, Deseret News)

SALT LAKE CITY — Two brothers were arrested at Highland High School on Monday after police say guns were found in their backpacks.

The boys did not make any specific threats, according to a statement from Salt Lake police, but rather “brought the guns to school as a status symbol.”

The investigation began just before 10:30 am when school administrators conducted a bag search as part of a separate investigation, according to Salt Lake police. During the search, a gun was found in a boy’s backpack, police said. Information on what kind of investigation was being conducted was not released Monday.

As the investigation continued, the school was placed on “secure alert,” meaning all the doors leading outside were locked and students were not allowed to leave the building, but classes proceeded as normal.

“Out of an abundance of caution, (Salt Lake school resource officers) and patrol officers searched the school and neighborhood,” police said.

As school resource officers continued their investigation, they searched the bag of another student — a brother of the first student detained — and discovered that he also had a gun, according to police.

Salt Lake police on Monday declined to release any information about the boys, including their ages or what grades they are in. Police say agents from the FBI assisted with the investigation.